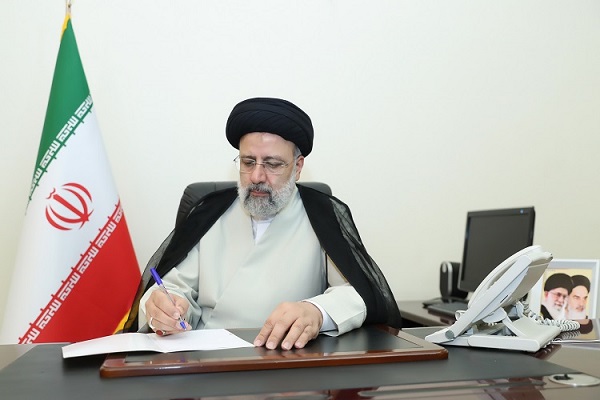 In separate messages to heads of Christian states, the president congratulated them on the auspicious occasion of birthday anniversary Jesus Christ and the arrival of the year 2022.

He said the birthday of Jesus (PBUH) is dear and auspicious for the Iranian nation and the messenger of God is no less revered among Muslims than he is among Christians.

“He (Jesus) is the manifestation of steadfastness and resistance against oppressors and an inspiration for freedom in the struggle against the domination-seekers,”Raeisi said, adding that the great prophet of God and his mother, Mary (SA), have been mentioned many times in the Quran.

He cited verse 110 of Suran Al-Ma’ida as an example: “When Allah said: '(Prophet) Jesus, son of Mary, remember the favor upon you and on your mother; how I strengthened you with the Holy Spirit (Gabriel), to speak to people in your cradle and of age (when he descends and dies); how I taught you the Book and Wisdom, the Torah and the Gospel;…”.

The Iranian president also referred to the global developments, especially the COVID-19 pandemic, saying they showed that human beings’ security and fate are interrelated and that cooperation among countries in the face of this crisis and lack of cooperation from some countries showed the international system’s need for wisdom, justice and spirituality.

Raeisi went on to express hope that by relying on the Abrahamic faiths’ moral virtues and through cooperation among governments, hardships and problems will disappear from the world.