General
News ID: 3477195
TEHRAN (IQNA) – A conference titled “Role of Divine Faith in Establishment of World Peace and Security” was held in Peshawar, Pakistan, on the occasion of the birth anniversary of Jesus Christ (PBUH). 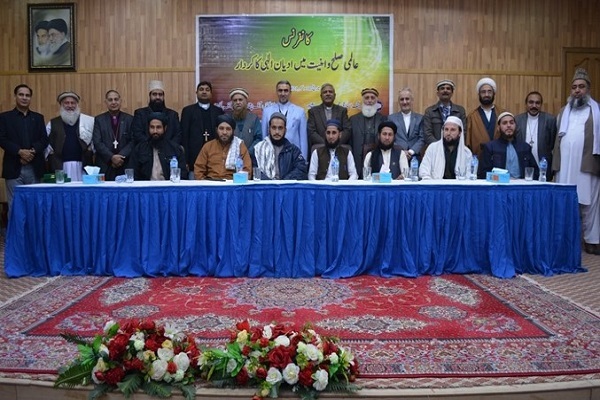 The Iranian Culture House in the city organized the event, which was attended by a number of Iranian officials as well as senior religious figures of Peshawar.

It began with recitation of verses from the Quran, the Bible and the holy books of a number of other faiths.

Then a recorded speech by Ghahreman Soleimani, head of the Center for Dialogue among Faiths and Cultures, was played in which he congratulated the new year to the participants.

He referred to verse 13 of Surah al-Hujurat “People, We have created you from a male and a female, and made you into nations and tribes that you might know one another. The noblest of you before Allah is the most righteous of you. Allah is the Knower, the Aware,” and said in a plural world, everyone should be aware of their role and be thankful to God for this plurality.

He also deplored violence in the name of religion and said humanity has come to the conclusion that dialogue and cooperation are the way to resolve issues. 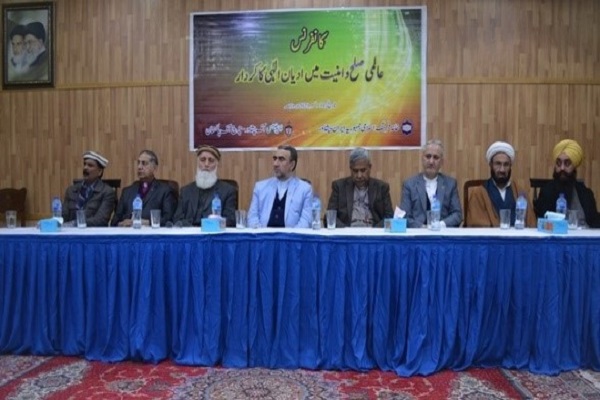 Then Mehran Eskandarian, head of the Iranian Culture House in Peshawar, delivered a speech in which he said religious teachings have inspirational message for human beings and lead them to salvation.

He said the divine faiths aim to establish the truth, justice, freedom and peace in the world and that this capacity should be uses to confront depravity, poverty, extremism and other woes in the world.

He added that extremism and lack of respect for one another would damage the core of religions and lead to discord among followers of faiths.

Eskandarian went on to say that messengers of God have been the flag-bearers of world peace, social justice and friendship among people and the only way to attain world peace and security is to follow their teachings.

Ruhullah Madani, a former religious affairs minister in the Pakistani province of Khyber Pakhtunkhwa was another speaker at the conference.

He said one cannot find endorsement of war, bloodshed, plundering and violence in any of the Abrahamic faiths.

All faiths call on their followers to respect one another, live morally and strive for peace, he noted.

Next, Humphrey Sarfaraz Peters, Bishop of the Diocese of Peshawar, addressed the conference, hailing the Iranian Culture House for organizing it.

He said the importance of divine religions and religious leaders in promoting and establishing peace and security in the world is a secret to no one. 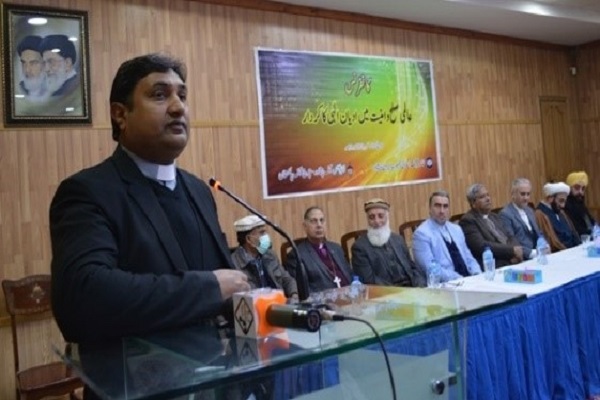 He added that establishing peace in the world seems to be a difficult task but it is a sacred objective that can be achieved with the cooperation of faith leaders all over the world.

Shakeri said Islam is opposed to anything that threatens peace and security.

Regretting that some extremist and biased groups in all religions have undermined world security in the name of religion, he said this is while all faiths have taught their followers the lessons of respect, coexistence and striving for establishment of peace and security.

Shakeri added that in order to reach world peace and security, proximity among religions and faiths is a must and that requires dialogue, interaction and respect for one another’s sanctities.

Bishop Jakob also thanked the Iranian Culture House for holding the gathering, and said the world more than any time needs the efforts of religious leaders for achieving peace, security, morality and spirituality.

He noted that the essence of religious teachings is justice, peace and friendship.