General
News ID: 3477218
TEHRAN (IQNA) – A Taziyeh ritual featuring the life of Hazrat Zahra (SA) was held in Karbala ahead of the martyrdom anniversary of the noble lady. 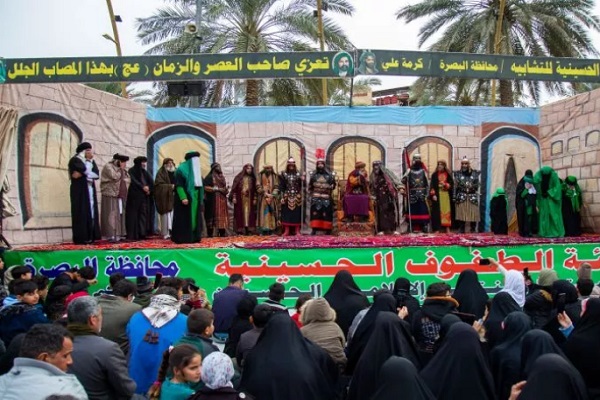 Taziyeh is a kind of passion play mostly telling the story of the martyrdom of Imam Hussein (AS) and his companions in the 680 AD Battle of Karbala but also about the life and martyrdom of other Infallibles (AS).

The Bain-ul-Haramain (an area between the holy shrines of Imam Hussain (AS) and Hazrat Abbas (AS) in Karbala) hosted the performance.

It was organized by a street theater group from the southern Iraqi province of Basra, according to al-Kafeel website.

A large number of pilgrims visiting the holy shrines gathered at Bain-ul-Haramain to watch the performance. 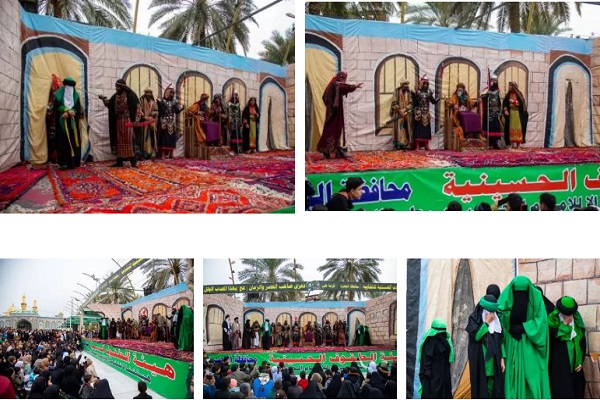