Culture
News ID: 3477082
TEHRAN (IQNA) – A book that contains speeches of Hazrat Zahra (SA) has been translated into Urdu and published in India. 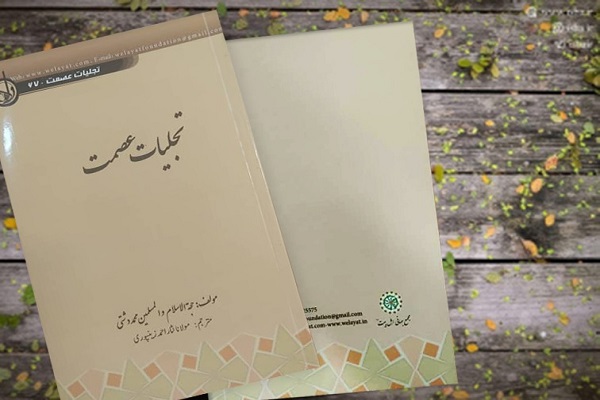 The book is titled “Tajaliyat-e Esmat” in Persian which can be literally translated into “manifestations of infallibility” and has been written by the late Iranian scholar Hojat-ol-Islam Mohammad Dashti.

The book contains a valuable collection of speeches made by Hazrat Zahra (SA) narrated by various Shia and Sunni narrations.

The author has categorized the speeches in alphabetic order as well as according to their topic which helps the reader find the required content easier.

Sermons, discussions, religious teachings, interpretation of the Quran, educational and health points, marriage rituals, and political and social issues are among the main topics of the book.

The book has been translated into Urdu by Hojat-ol-Islam Nisar Ahmad Zeinpour and commissioned by AhlulBayt (AS) World Assembly. 1000 copies of the book have already been published in India with the cooperation of Velayat Publications.

Those interested in acquiring the book can refer to AhlulBayt (AS) World Assembly in Qom.