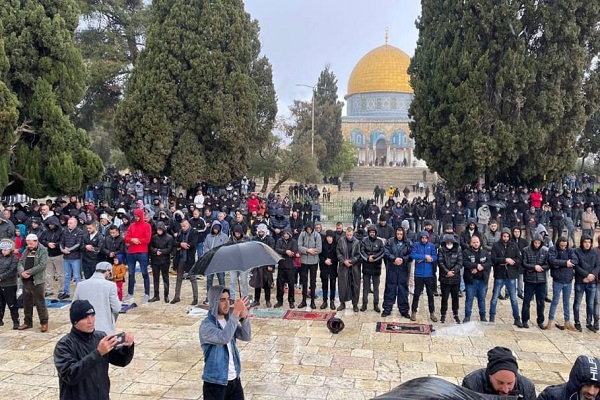 Sources estimate the number of participants at around 30,000, according to a report by Palestine Today.

This is while Israeli security forces imposed tight security around the old Jerusalem al-Quds and areas leading to the holy mosque.

According to the report, Israeli forces prevented the entry of some Palestinians to the al-Aqsa Mosque while also searching citizens’ personal data-x-items and checking identity cards.

The Israeli regime occupied the western part of the holy city, which contains the Al-Aqsa Mosque--Islam's third-holiest site--in 1948. In 1967, it overran its eastern that Palestinians want as the capital of their future state. 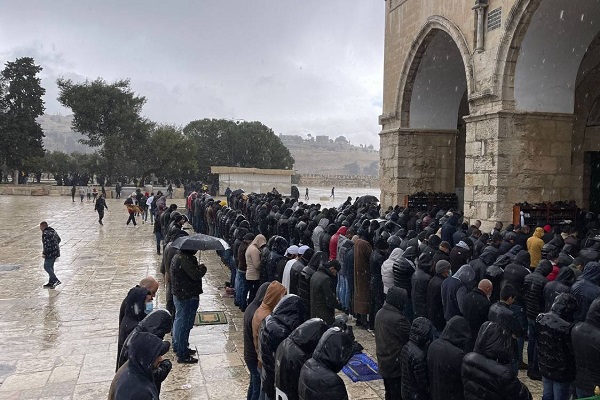 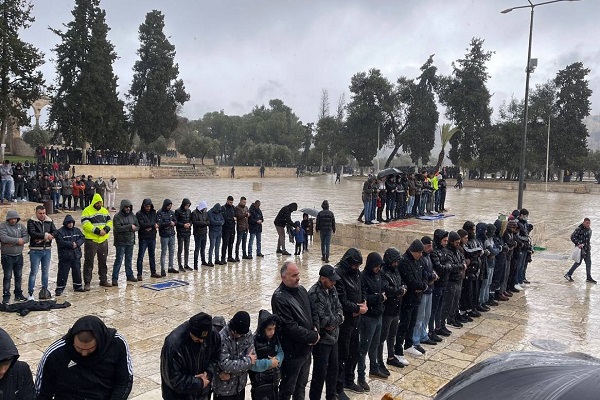