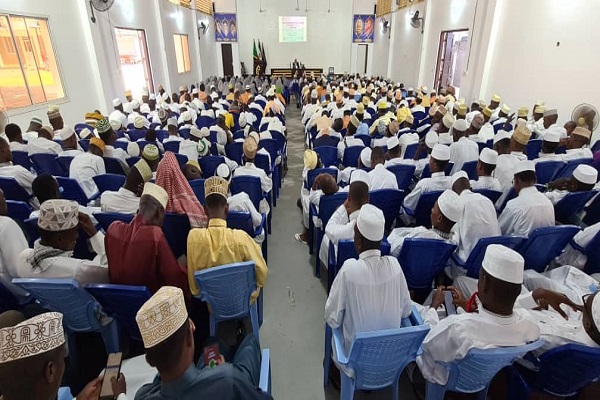 The new academic year was marked in a ceremony that was attended by dozens of students as well as Muslim scholars.

Prominent figures of Dar es Salaam from Sunni, Shia, and Khoja backgrounds participated in the event along with students from other seminary schools such as Imam Sadegh (AS) seminary among other centers.

The ceremony started with recitation of some Quranic verses by Al-Mustafa graduate Sheikh Hossein Bouki followed by national anthems of Tanzania and the Islamic Republic of Iran.