Culture
News ID: 3477428
TEHRAN (IQNA) – A faculty member of Al-Mustafa International University said that an international congress with a focus on Hazrat Hamza ibn Abd al-Muttalib (AS) will be held in Qom on February 3. 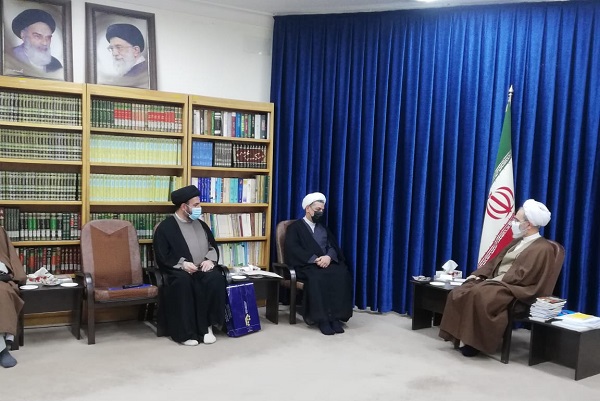 Hojat-ol-Islam Naser Rafiei made the remarks in a Monday meeting with Ayatollah Alireza Arafi, Director of Islamic Seminaries.

He noted that a policy-making committee, comprising seminary school and university elites, started work on the event some two years ago after the Leader of the Islamic Revolution Ayatollah Seyyed Ali Khamenei welcomed the initiative.

Rafiei hoped that the congress would start at 8 AM of February 3 with a message of Ayatollah Khamenei as well as speeches by a Shia source of emulation and Ayatollah Arafi at Qom’s Imam Khomeini Complex.

More than 30 sessions have been held in various places such as Qom, Mashhad, Isfahan, Golestan, Tabriz, and Turkey as preparations for the event, he said, adding that all the speeches in these sessions have been transcribed and will be published along with papers that the secretariat of the congress have received in the form of a 5-volume book.

The cleric also pointed to plans to hold similar events for other top figures of early Islam.

Earlier, he had also referred to intentions to make a series and a feature about the character of Hazrat Hamza (AS).