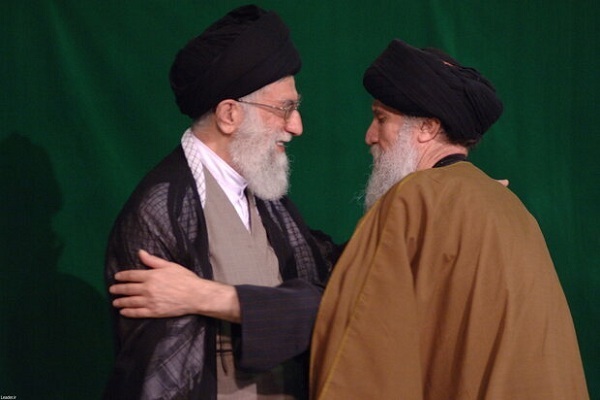 The cleric passed away on Monday morning at the age of 76 after a long illness.

In his message, Ayatollah Khamenei condoled the demise of the cleric to his family, admirers, and all those who have benefited from his teachings.

Fateminia’s “extensive knowledge, attractive speech, and pleasing language” turned him into a “rich source” for the young generation and seekers of truth, he added.

Describing his absence as a “source of sorrow”, the leader asked God to bestow His forgiveness to the late scholar and grant him abundant rewards.

Ayatollah Fateminia was a professor of Islamic ethics, orator, Islamic historian, and bibliographer.

He was also engaged in research in the fields of Hadith, Arabic poetry, ethics, and mysticism, and wrote interpretations on Nahj-ul-Balaqa and Sahifeh Sajjadiyeh.

Ayatollah Fateminia is a well-known religious figure in Iran as his sermons are often broadcast on Iranian television.

He was born in 1946 in Tabriz, northwest Iran. As a child, he learned religious and scientific lessons from his father, Ayatollah Seyed Ismail Asfiaei Shendabadi. Then, for about 30 years, he studied under Allameh Mostafavi, one of eminent ethics teachers Ali Qazi Tabatabaei’s students, and was educated by him. At the same time, he pursued his Islamic seminary education. After Allameh Mostafavi, he studied under Islamic scholars such as Allameh Tabatabaei, Seyed Mohammad Hassan Elahi Tabatabaei, Muhammad Taqi Amoli, and Seyed Reza Bahaadini.