General
News ID: 3479014
TEHRAN (IQNA) – The head of the Quranic Affairs Center of Iran’s Awqaf and Charity Affairs Organization said a record number of countries are hoped to take part in the next edition of the country’s international Quran competition 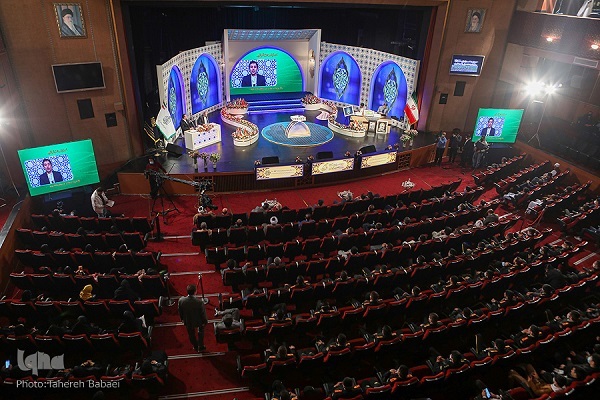 Speaking at a press conference in the northern city of Qazvin on Sunday, Hamid Majidimehr noted that the highest number of participation in the competition was in 2015 when representatives of 84 countries competed in the international event.

“We hope to see the participation of 90 countries in this edition,” he added.

Majidimehr said representatives of countries from Latin America are expected to attend the competition.

There will also be representatives of 10 to 15 African countries taking part in the Quranic event for the first time, he stated.

The next edition of Iran’s International Holy Quran Competition will be held in February 2023.

The final stage of the 38th edition was organized here in the capital Tehran in March.

A total of 62 qaris and memorizers from 29 countries competed in the final stage of the event, whose previous stages were held virtually.