General
News ID: 3479068
TEHRAN (IQNA) – The Mufti of Tatarstan gifted a rare copy of the Holy Quran to the Holy Quran Academy in Sharjah, the United Arab Emirates. 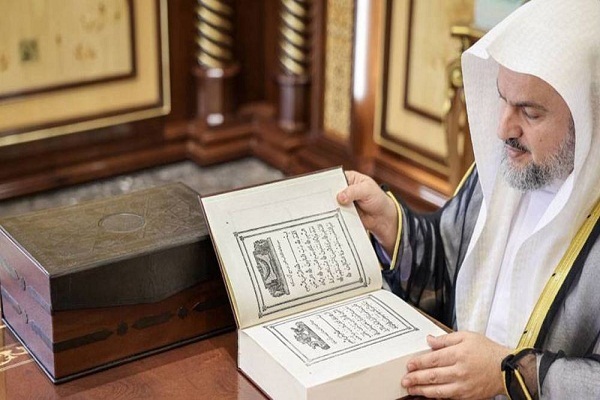 Sheikh Sherzad Abdul Rahman Taher, the head of the academy, noted that it is one of the copies printed in Kazan, the capital of Tatartsan, back in 1803.

The copy’s calligraphy is in a beautiful Kazan script known as Bismah, he added.

The first printed copy of the Quran was produced in Venice, Italy, in 1537.

Later, copies Islam’s Holy Book were printed elsewhere in Europe, including in Hamburg, Germany, in 1694, he noted.

Those copies had many errors in them, including printing errors.

The people of Tatarstan are proud that its capital city of Kazan was the first Muslim city where a copy of the Quran was printed back in 1803.

Kazan is a city in southwest Russia, on the banks of the Volga and Kazanka rivers. It is the capital of the Republic of Tatarstan, a semi-autonomous region of the Russian Federation.