General
News ID: 3480125
TEHRAN (IQNA) – It took a Palestinian teenage girl only one month to memorize the entire Holy Quran. 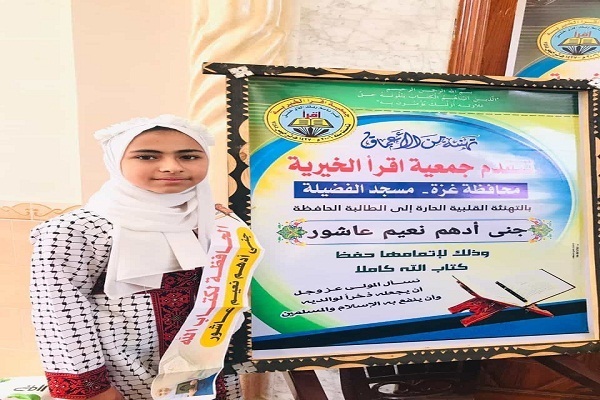 Jani Adham Naeem Ashur, who is 13 years old, is from the Gaza Strip, according to Tawasul.info website.

A ceremony was held recently in which she was honored by the region’s Quranic officials for her great achievement.

It was organized by the Iqra Quranic charity institute, whose president hoped that the Quran memorizer would serve Islam and the Holy Quran.

The news of Jani’s accomplishment has gone viral in social media because it is unprecedented. No one else is known to have managed to commit the entire Quran to memory in just a month. 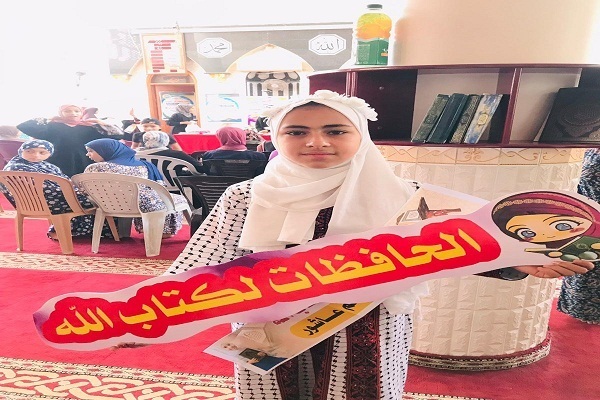