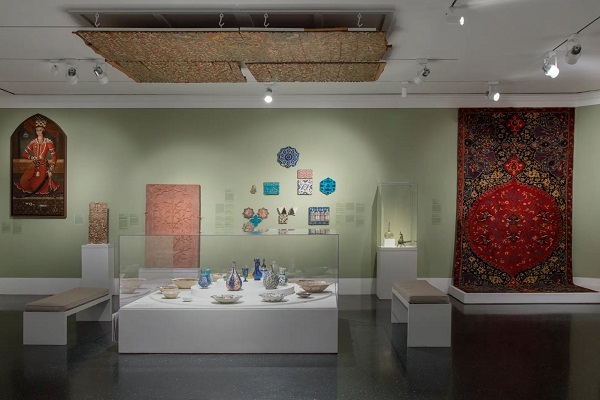 The Brooklyn Museum has unveiled the final phase of a transformative renovation of its Asian and Islamic art galleries, an approximate $9m project completed over the past decade to enhance the previously antiquated space, which was last refurbished in the late 1970s.

The 20,000 sq. ft galleries feature nearly 700 objects—most of which have received some level of conservation—from the museum’s expansive 17,000-piece collection of Asian and Islamic artworks, including contemporary works and several artefacts that are surfacing from storage for the first time.

The renovation, which was overseen by the New York-based firm Ennead Architects, involved upgrading the lighting and climate control systems (which was previously handled by large oscillating fans) and a redesign of the display and labeling of the collection that aims to better engage a modern audience.

“Much of the collection was amassed in the mid-20th century when certain stories were considered more important than others, according to the priorities and values of the time,” Joan Cummins, the museum’s curator of Asian Art, tells The Art Newspaper. “This project was an opportunity to bring the presentation into the 21st century in terms of both the physical space and through the narratives that we tell.”

She adds, “When museums build permanent galleries, it’s about showing the best of the collection, which sometimes include quirky objects that don’t necessarily help you tell a mainstream story about the march of time but are often gorgeous pieces that you want people to see. The reinstall reflects that push and pull between wanting to make certain points and also show off our treasures.”

The Arts of South Asia and Arts of the Islamic World are the last of the galleries to be completed in the renovation. The Islamic galleries include secular and non-secular sections of objects and artworks, including installations that aim to offer a “real-life scenario that reflects the culture, not just the religion, of Islam”, says Aysin Yoltar, the curator of Islamic Art. For example, there is a prayer carpet surrounded by mosque furnishings, as well as stylised ceramics that are displayed in their “original context”, as vessels for food.