General
The link was copied
News ID: 3480707
TEHRAN (IQNA) – Two Iranian representatives have made it to the final of 8th Turkey’s international Quran competition. 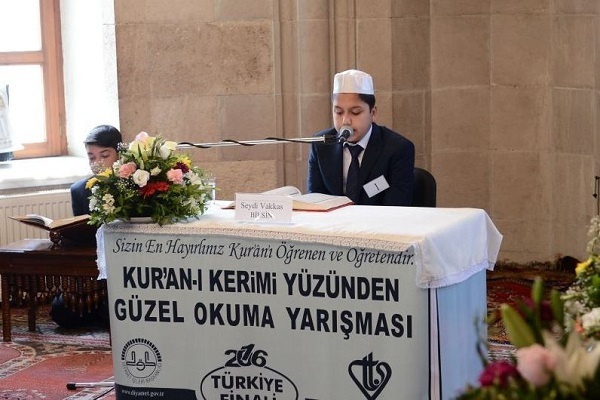 The international contest kicked off in the eastern city of Konya on Thursday, September 29.

With the conclusion of the preliminary round, the names of those who made it to the finals were announced on Sunday night.

According to the announcement, Vahid Khazaei and Hossein Khani will compete for the title of the event in the recitation and memorization categories respectively.

Qaris from Algeria, Morocco, Libya, Syria, Turkey, and Guinea will vie in the final of recitation category while representatives from Algeria, Gambia, Iran, Libya, Somalia, Syria, Tajikistan, and Yemen will compete in the memorization of the entire Quran category.

Sixty-three Quran memorizers and reciters from 49 countries have participated in the international Quranic event.

The panel of judges comprises Quran experts from Turkey as well as Algeria, Croatia, Yemen, and Qatar.

The competition will run until October 8 and winners will be announced and awarded in a ceremony in Ankara, which will be attended by Turkish President Recep Tayyip Erdogan.