General
The link was copied
News ID: 3480715
TEHRAN (IQNA) – The government of the Pakistani-administered Kashmir, known as the Azad Jammu and Kashmir, plans to upgrade the scale of recently appointed Quran teachers (Mualimeen Al-Quran) and reciters. 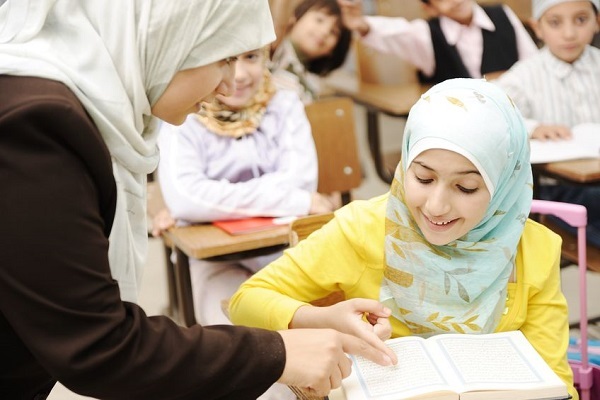 As per the decision 496 Mualimeen al-Quran who were recently confirmed in grade 1 would be given seventh scale whereas a separate directorate general for Mualimeen and reciters will be established under the Ministry of Education.

Notification regarding the scale-upgradation of Muallimeen (tutors) and reciters and establishment of a separate Directorate General under the Ministry of education will be issued soon.

The AJK Prime Minister has already issued instructions to determine the procedure of recruitment of Quran tutors and reciters under the mentioned scales and early completion of the scrutiny process.

Earlier, Prime Minister Sardar Tanveer Ilyas Khan had also announced to exempt mosques from utility bills. It has also been decided to establish the Rahmatul Ulamain Authority. Recitation of Durood Sharif (Salawat, an Islamic complimentary Arabic phrase, which contains the salutation upon the Holy Prophet (PBUH)) has also been made mandatory in the ceremonies held at government level.

On the instructions of the Prime Minister, the establishment of Ijma and Qiyas board will also be implemented very soon.