General
News ID: 3459402
TEHRAN (IQNA) – People in Nigeria held protest rallies in several cities across the country to demand the immediate and unconditional release of senior Shia cleric and leader of the Islamic Movement of Nigeria (IMN), Sheikh Ibrahim al-Zakzaky.

Peaceful demonstrations were held in the cities of Lafia, Katsina, Gombe, and Kaduna with protesters carrying posters of the cleric and other Muslims killed or detained by the Nigerian army.

They also urged the government to set Zakzaky free, denouncing the imprisonment of the Shia cleric and a large number of his followers as a violation of the Nigerian constitution, Press TV reported. 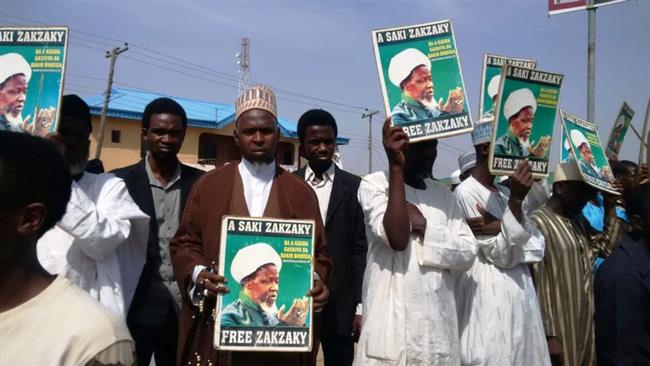 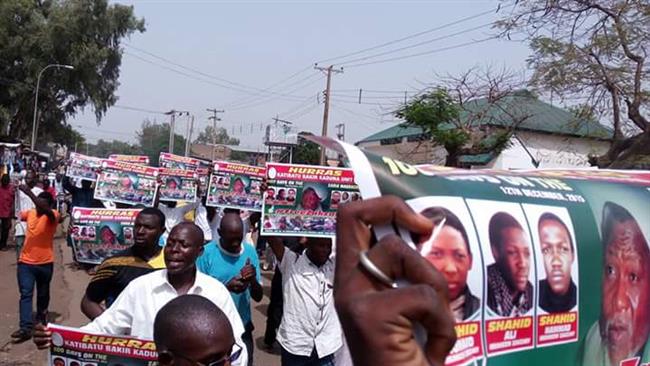 Nigerian soldiers attacked Shia Muslims attending a ceremony at a religious center in the city of Zaria on December 12 last year, accusing them of blocking the convoy of the army’s chief of staff and attempting to assassinate him.

The following day, Nigerian forces raided Zakzaky’s home and arrested him after reportedly killing those attempting to protect him, including one of IMN's senior leaders and its spokesman.

Both incidents led to the deaths of hundreds of members of the religious community, including three of Zakzaky’s sons. Human rights organizations have urged a full investigation into the deadly assaults.

The clergyman is said to have been charged with "criminal conspiracy and inciting public disturbances."

Human Rights Watch believes "at least 300” people were killed in the attacks, while Amnesty International puts the figure at "hundreds,” describing the Nigerian army’s violations as "shocking.”

The London-based Islamic Human Rights Commission (IHRC) says there is credible evidence of mass graves in Nigeria following the attacks.

The rights group added that the Nigerian military has secretly buried hundreds of bodies in mass graves after storming the house of the Shia cleric.