General
News ID: 3459773
TEHRAN (IQNA) – A Bulgarian university professor who has translated the Holy Quran into Bulgarian said the translation helped him and some others in his country to find the right path and convert to Islam. 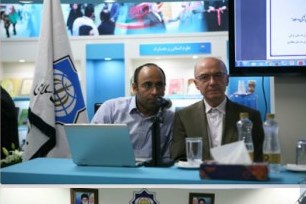 Stefan Teofanov made the remark at a forum at the 29th Tehran International Book Fair.

Titled "A Look at Translation of Quran and Islamic Texts into Turkic and Slav Languages”, the forum was organized on Tuesday by the Islamic Culture and Relations Organization.

Teofanov said there are not many renderings of the Quran into Bulgarian and that his is the first academic and scholarly translation of the Holy Book from Arabic.

He noted that the Dar al-Ifta la-Muslimin publishing house of Bulgaria has published the work.

"When I started translating the Quran, I was a Christian from a Christian family and living in Christian country. Then (following the translation), I converted to Islam and some of my countrymen also embraced Islam after reading the rendering.”

He underlined the need for translating the Quran from Arabic into other languages in Muslim and non-Muslim countries.

Teofanov noted, however, that translation of the Quran requires understating the meanings and wisdom of the verses, which comes through studying interpretations of the Quran,

Even with that, he said, conveying all the meanings in another language is not always possible.

In an interview in 2015, he said, "Many years ago, on the request of the state-owned publishing house, I began to translate the Holy Quran. This was the socialist period. Rather than being service to Muslims, this was more concerned with assimilation policies in regards to Turkey.

"Shortly after the work began, there was the democratic transition in 1989, the state publishing house went bankrupt, the Bulgarian translation of the Holy Quran was not published in that year. However, I continued to work on the translation of the Holy Quran and this is where my life changed. I began to better understand our exalted book and wanted it from my heart.

"When I started working I was looking at it as if it were an ordinary book. Over time, I began to understand the Quran and with a deeper meaning from texts. In college I read the Quran interpretation and meaning, but felt their sincerity, while I was completing the actual translation. My journey defying the Quran took too long but at the end of the road and I accepted Islam and I am now a Muslim.”