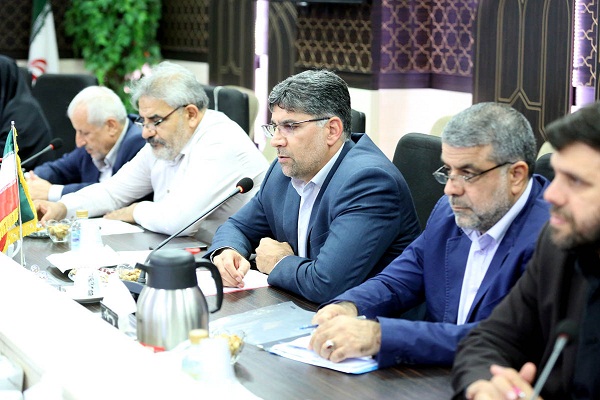 At the meeting, held at the Iranian Interior Ministry in Tehran, the Iraqi envoys and Iranian officials in charge of organizing the Arabeen pilgrimage discussed cooperation and coordination for best holding the event.

Shahriar Heidari, secretary of the Arbaeen Central Headquarters, in this session thanked Iraq for its to host the Arabeen pilgrimage properly.

He said last year’s event was held with minimum number of problems, adding that with better planning and coordination, even those tiny problems whould be avoided this year.

According to the official, a memorandum of understanding has been prepared to be signed by Iranian and Iraqi officials during an upcoming trip by Iran’s interior minister to the Arab country.

Speaking at the session, Iraqi ambassador to Iran Rajih al-Moussawi described it as an honor for Iraq to host the Arbaeen pilgrimage.

He described the MoU on cooperation about the pilgrimage, which is going to be signed between Iran and Iraq, as an important step for promotion of cooperation in this regard.

He also said Baghdad welcomes any recommendations from Iran for better organizing the pilgrimage.

Arbaeen marks the 40th day after Ashura, the anniversary of the martyrdom of Imam Hussein (AS) and his faithful companions in the 680AD Battle of Karbala. This year, it falls on October 30.

Each year, a huge crowd of Shias, including several million Iranians, march toward Karbala, where the holy shrine of Imam Hussein (AS) is located, to perform mourning rites.

In the past few years, some 20 million pilgrims gathered in Karbala on Arbaeen, making the world’s largest human gathering in modern history.