General
News ID: 3469546
TEHRAN (IQNA) – The first edition of a national Quran competition for Qaris and Quran memorizers of Shia holy shrines in Iraq was organized in the holy city of Najaf. 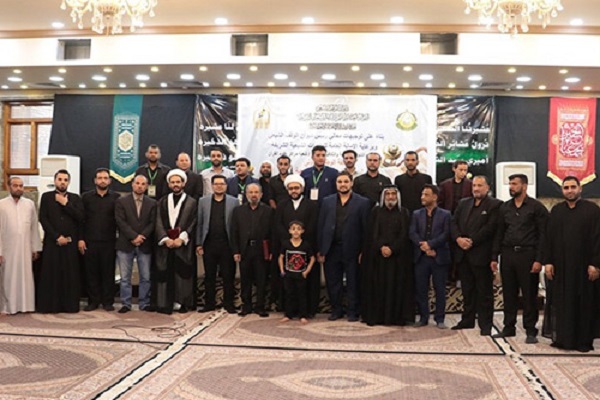 According to Qaaf news agency, it was organized by the Center of Quranic Sciences affiliated to the Intellectual, Cultural and Religious Affairs Section of the shrines’ custodianships.

The opening ceremony of the competition was held at Saafi Safa (Atheeb Al-Yamani) shrine in Najaf.

It was addressed by Seyyed Hashim Al-Awadi, head of the Cultural and Religious Office of the Shia holy shrines, who said that an objective of the competition was to highlight the role of the shrines in promotion of Quranic activities.

He added that the shrines should have a special Quran reciter and memorizer who can represent the holy places at international Quran sessions and competitions.

Abdul Hassan Shanun, custodian of the Saafi Safa shrine and Ayad Al-Ka’bi, representative of the competition’s jury panel, were the other speakers at the program.

The competition was held for 60 Quran reciters and memorizers.