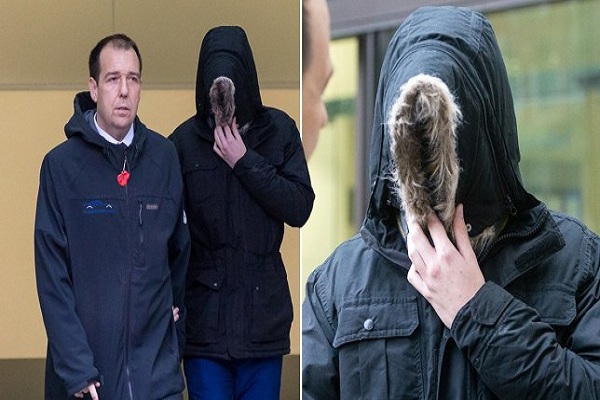 George Fowle appeared at Westminster Magistrates’ Court Monday accused of possessing material likely to be useful to someone planning an attack.

Wearing a light blue suit and tie, the 19-year-old from Snodland, Kent, spoke only to confirm his personal details.

No pleas were indicated during the short hearing. If found guilty of the Terrorism Act, he may face at least three years imprisonment.

Prosecutor James Cable said: ‘The material is of a terrorist ideology which is extremely right-wing.’

Paul Cantrill, defending, said there would be no indication of a plea at Westminster Magistrates Court today. Fowle was bailed to appear before the Old Bailey on Friday February 7 by chief magistrate Emma Arbuthnot. He is charged with two counts of possessing a recording containing information of a kind likely to be useful to a person committing or preparing an act of terrorism, contrary to section 58 of the Terrorism Act (2000). He was initially arrested last June at London Heathrow airport.