General
News ID: 3470311
TEHRAN (IQNA) – The commander of Iraq’s Asa’ib Ahl al-Haq, an offshoot of the Popular Mobilization Units (PMU), said the time has come for Iraq to respond to US assassination of the PMU deputy commander, Abu Mahdi al-Muhandis. 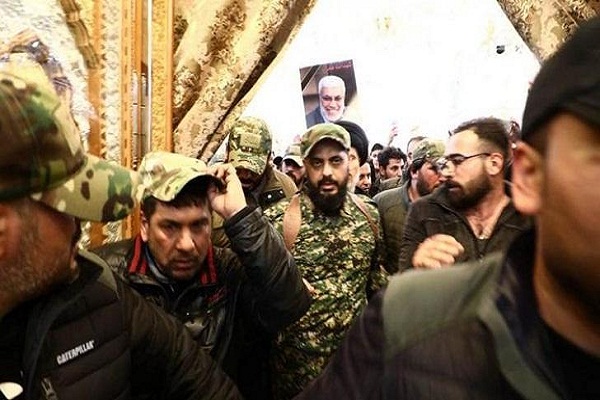 In a post on his Twitter account on Wednesday, Sheikh Qais al-Khazali said Iraqis are courageous people and their response will not be anything less than that of Iran.

His comment came after the Islamic Revolution Guards Corps (IRGC) targeted the US airbase of Ain al-Assad in Anbar province in western Iraq after vowing to retaliate the US assassination of top Iranian anti-terror commander, Lt. Gen. Qassem Soleimani.

General Soleimani, al-Muhandis, and a number of their entourage were killed in the strike.

In other news from Iraq, the spokesman country’s Armed Forces Brigadier General Abdul Karim Khalaf said there have been no reports of Iraqi casualties in the missile attacks.

He added that Bagdad had received Iran’s official message about the missile strikes before the attacks were launched.