General
News ID: 3470548
TEHRAN (IQNA) – An international institute slammed the Saudi regime’s cover-up of what happened during an uprising against the rule of Al Saud in Mecca’s Masjid Al-Haram (Al-Haram Mosque) in 1979. 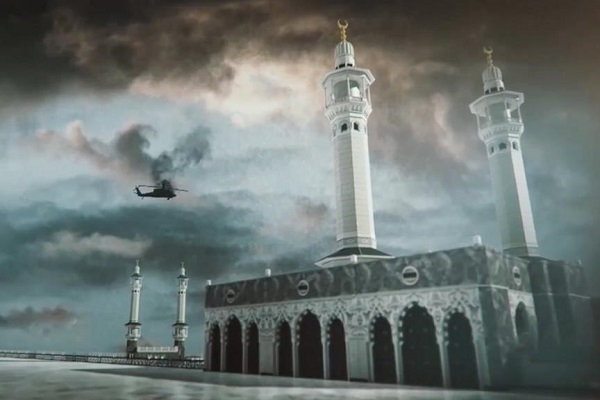 The International Institute for Supervising the Two Holy Mosques in a statement said the Riyadh regime’s attempts to cover up the realities in that event showed the regime’s failure in protecting the lives of people.

It also described the Masjid Al-Haram incident as a disgrace for the Saudi rulers.

It came after a recent report by the Doha-based Aljazeera news network revealed that Saudi individuals used French mercenaries during the uprising against the rule of Al Saud in al-Haram Mosque in 1979.

Saudi serviceman Juhayman al-Otaibi and his group occupied the Ka’aba on November 20, 1979 — the first day of the Islamic year 1400 — with an argument that Al Saud had lost its legitimacy through corruption and imitation of the West.

The siege lasted more than two weeks before Saudi special forces broke into the mosque.

The report, published by Aljazeera on Monday, showed that “foreign countries” contributed to the liberation of the Holy Mosque of Mecca, which occurred in December 1979, despite the official Saudi narration that only the Saudi army had taken over the operation.

The report said that “Saudi Arabia hired American pilots to fly over the sanctuary,” and the pilots after each sortie confirmed that there were major damages to the Great Mosque of Mecca.

The Doha-based news network said “Saudi Arabia also asked for help from France.” The Saudi minister of interior, the report said, had once met the commander of French Special Units Paul Barrell at that time.

“Barrell asked his country’s authorities to send two thousand gas bombs, weighing seven tons, and this gas is characterized by its ability to hit the target blind,” the report said.

“The French president… ordered to provide him with what he requested, and Barrell says that the Saudis wanted to obtain ten times this amount, because they wanted to end the siege and save the kingdom’s regime at any cost,” the report added.

Contrary to Saudi accounts that said the operation had resulted in the death of only 300, including 26 pilgrims, Barrell described the operation as a massacre in which 5,000 people had been killed, including at least 3,000 pilgrims.

Al-Otaibi was executed in public by the Saudi authorities in Mecca on January 9, 1980. More than 63 of his comrades were also executed later in the year.