General
News ID: 3471841
TEHRAN (IQNA) – For the first time in 70 years, the capital of Bulgaria hosted a Khatm Quran ceremony (recitation of the Holy Quran from the beginning to the end). 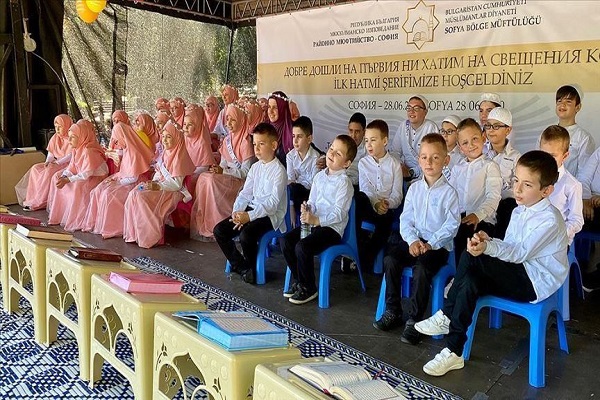 A number of religious figures attended the event, held in a park near Banya Bashi Mosque in Sofia, Anadolu Agency reported.

Seventeen students of a Quran memorization center affiliated to the Dar al-Ifta of Sofia recited the entire Quran at the program.

The center was established in the Bulgarian capital 9 years ago, according to the Mufti of Sofia Mustafa Izbishtali.

According to Islamic culture, numerous rewards and spiritual effects have been mentioned on complete recitation of the Quran, which on a whole, adds a great deal to the likelihood of acceptance of du'as (supplications).

In Islamic societies, Khatm al-Quran is performed both individually and collectively.