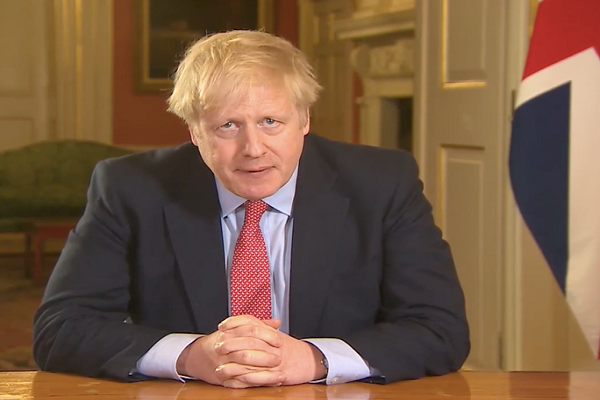 In an article he penned for Israeli newspaper Yedioth Ahronoth, Johnson warned Israel on a proposed annexation of parts of the occupied West Bank, urging for an "outcome that delivers justice for both Israelis and Palestinians."

"Annexation would represent a violation of international law," he said. "So it is with sadness that I have followed the proposals to annex Palestinian territory."

He went on to say that he was concerned such proposals cannot bring about the desired results.

"I am fearful that these proposals will fail in their objective of securing Israel's borders and will be contrary to Israel's own long-term interests."

July 1 was set as the date from which Israel could begin implementing US President Donald Trump's controversial Middle East peace proposal, which paves the way for annexations of West Bank settlements and potentially the Jordan Valley.

However, the much-publicized scheme has not gone exactly as planned as Israeli Prime Minister Benjamin Netanyahu’s key coalition partner Benny Gantz and a group of US lawmakers have signaled their opposition to the move.

On Monday, Gantz, Israeli minister of military affairs, who heads the Blue and White party, suggested that the plan should be postponed while Israel was dealing with the coronavirus outbreak.

Also on the same day, a group of US lawmakers voiced concerns about the plan, calling for using a “combination of pressure and incentives” to prevent it, including imposing conditions on American military aid to Israel.

Speaking on Tuesday, Netanyahu said discussions with the US on the plan would continue “in the coming days.”

Johnson said, "I profoundly hope that annexation does not go ahead," warning, "If it does, the UK will not recognize any changes to the 1967 lines, except those agreed between both parties."

He also called for a "solution that allows justice and security for both” sides.

Trump’s "deal of the century" envisions Jerusalem al-Quds as “Israel’s undivided capital” and denies Palestinian refugees the right of return to their homeland, among other controversial terms.

Israel’s US-backed annexation scheme has triggered waves of protest rallies around the globe.