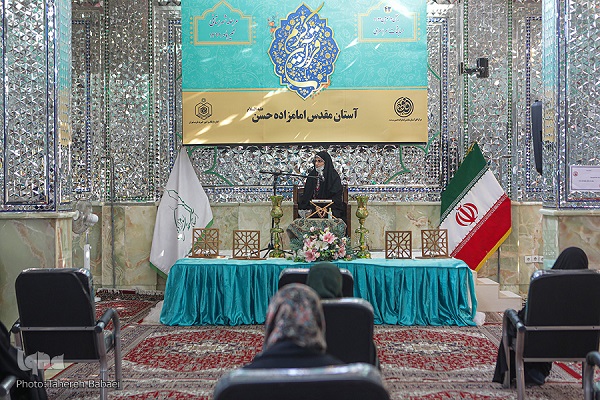 It was organized by the province’s Awqaf and Charity Affairs Department for three days.

More than 500 Quran activists participated in this stage of the competition, which was supervised by 35 Quran experts.

The participants competed in different categories, including Quran recitation, memorization, and Adhan (call to prayer).

The holy shrines of Imamzadeh Aquil in Islamshahr and Imamzadeh Salih in Tehran hosted this stage of the Quranic event in the women section.

The second part of the women’s competition was held at Imamzadeh Hassan from July 12 to 14.

The holy shrines of Imamzadeh Abdullah and Imamzadeh Ruhollah in Tehran hosted the competition in the men section.

Top winners in different categories made it to the provincial stage of the competition.

Dome of Najaf Shrine Washed Ahead of Holy Prophet’s Birthday