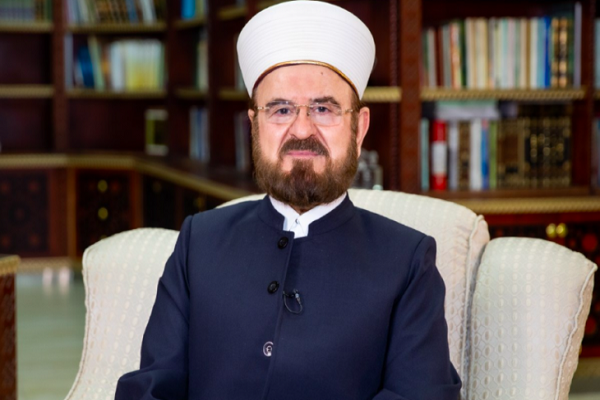 Al-Qaradaghi in a statement called on the government of France to stop interfering in Islamic affairs and adopt an approach toward Islam similar to its approaches toward other religions, Al-Quds.co.uk reported.

He said the moves to close down mosques and put restrictions on their activities are violations of freedom of religion.

Qaradaghi called on religious scholars in France and elsewhere in the world to reject any racism and religious discrimination against Islam and its followers.

Last week, the “charter of republican values” which was announced earlier by France’s president as the fight against “Islamist separatism” was approved by a special commission in the French National Assembly.

The bill was introduced Oct. 2 by Emmanuel Macron to fight so-called "Islamist separatism.”

Interior Minister Gerald Darmanin said on Twitter that the draft law, which advocates consolidating principles of the republic, was widely accepted by the special commission.

Darmanin said that France is making a law for the future, not only to resist today's difficulties but to defend the values of the republic.

He also said that rising far-right and leftist structures in the country are also a threat.

Three organizations of the French Council of Muslim Worship (CFCM) unilaterally denounced the "charter of principles" of Islam on Thursday that reaffirms the compatibility of the faith with France.

The bill is expected to be submitted to the National Assembly in February. The draft law is being criticized because it targets the Muslim community and imposes restrictions on almost every aspect of their lives.

It provides for intervening in mosques and the associations responsible for the administration of mosques, as well as controlling the finances of associations and non-governmental organizations belonging to Muslims.

A 2004 law prohibits the wearing or open display of religious symbols in French schools, but it does not apply to universities.

The bill, which prohibits patients from choosing doctors based on gender for religious or other reasons, paves the way for the evaluation and suppression of dissenting views under the name of "posts that incite hatred" with a new mechanism. The bill also requires "secularism education" for all public officials.