General
News ID: 3473832
TEHRAN (IQNA) – Two Yemeni families filed a petition against the US government over the “unlawful” killing of 34 relatives, including 17 children, in American attacks. 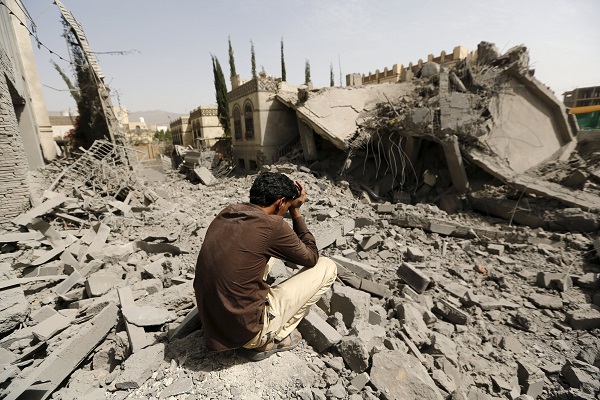 The Yemeni families lost their relatives and property between 2013 and 2018 in six drone airstrikes and a special operations raid conducted by American forces, said human rights group Reprieve, which submitted the petition to the Inter-American Commission on Human Rights on behalf of the affected families.

“It is averred that the seven attacks at issue have resulted in the unlawful killing of at least 48 people, including 17 children, and in the serious injury of at least seven others, as well as the destruction of their personal property and livelihoods,” said the petition cited by AFP on Thursday.

The petition showed that of those killed 34 were members of the al-Ameri and al-Taisy families, who are requesting the commission to pressure the US government on taking immediate measures to stop further harm.

Reviewing such files is often a long process that can take years.

According to the petition, the first deadly strike occurred in December 2013 during the administration of former president Barack Obama, when a wedding procession convoy was targeted, claiming the lives of at least 12 people, including seven al-Ameri family members and five people from the al-Taisy family.

The remaining six operations were all carried out during the tenure of former US president Donald Trump.

“What the families are hoping for from the commission is first and foremost recognition of the harm that's been done to them,” said Jennifer Gibson, a lawyer with Reprieve, adding that they had tried several times to engage Washington to halt the strikes, “and yet they've continued.”

Saudi Arabia and a number of its regional allies launched a devastating war on Yemen in March 2015, with the goal of bringing the government of former president Abd Rabbuh Mansur Hadi, a staunch ally of Riyadh, back to power and crushing the popular Houthi Ansarullah movement.

More than 110,000 Yemenis have been killed since the onset of war, which has destroyed much of the impoverished country’s infrastructure.

At least 80 percent of the 28-million-strong population of Yemen is reliant on aid to survive in what the UN has called the world’s worst humanitarian crisis.

The brutal war has destroyed or closed half of Yemen’s hospitals and clinics, leaving Yemenis helpless particularly at a time when they are in desperate need of medical supplies to fight the COVID-19 pandemic.