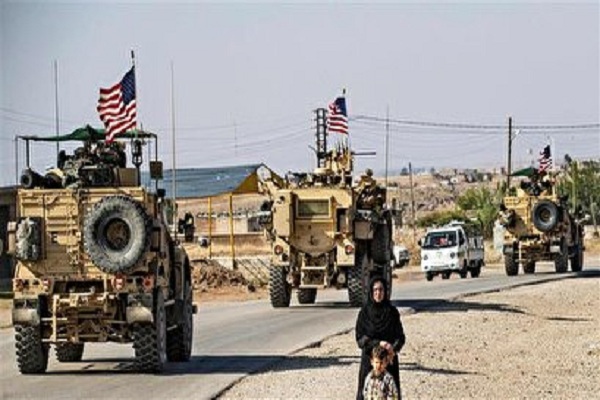 The resistance movement made the remarks in a statement issued on Monday in reaction to a recent visit to Iraq by the leader of the Catholic Church, Pope Benedict XVI, during which the pontiff met and conferred with Iraq’s prominent Shia cleric Ayatollah Ali al-Sistani.

“The United States and Daesh terrorism are two flip sides of the same coin, both of which have taken aim at the Iraqi people as well as the country’s unity and social, religious and national elements,” the movement said.

Hezbollah added that Iraq has over the past two decades faced numerous problems and wars imposed on the country by the United States and terrorism.

The resistance movement also praised in its statement the positions of Ayatollah Sistani regarding the need to end people's suffering, oppression and poverty as well as war, violence, siege and homelessness that many nations are faced with, the Palestinian people in particular.

Hezbollah expressed hope that the Pope’s visit would pave the way for Iraq to play its deserved roles both on regional and international levels.

Hezbollah also highlighted the role played by religious and spiritual authorities across the world against aggression, occupation and terrorism and for the realization of people’s right to resist occupation until achievement of freedom and justice.

The pontiff arrived in Iraq on Friday for a four-day trip amid concerns about the coronavirus pandemic. In addition to Ayatollah Sistani, Pope Francis also met with Iraqi Prime Minister Mustafa al-Kadhimi and President Barham Salih.

The Takfiri Daesh terrorist group was vanquished in Iraq in December 2017 after a three-year anti-terror military campaign with the crucial support of Iran.

The Daesh remnants, though, keep staging sporadic attacks across Iraq, attempting to regroup and unleash a new reign of terror.

The terrorist group has intensified its deadly attacks in Iraq since January 2020, when the US assassinated legendary anti-terror Iranian commander General Qassem Soleimani and his Iraqi trenchmate Abu Mahdi al-Muhandis near Baghdad airport.