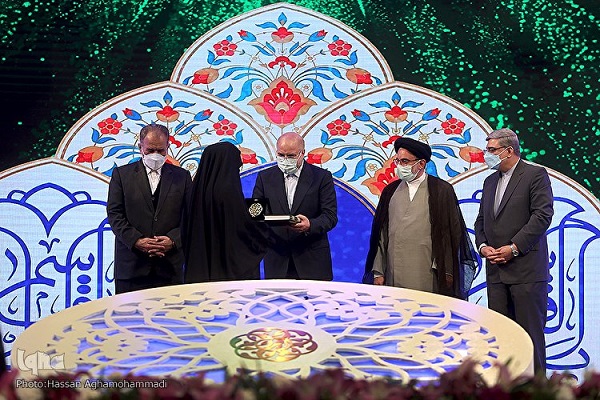 A number of senior officials, including Parliament Speaker Mohammad Baqer Qalibaf and Head of Awqaf and Charity Affairs Organization Seyed Mehdi Khamoushi, as well as Quran activists and others took part in the ceremony.

After recitation of verses from the Quran by Iranian teenage Qari Seyed Amir Ali Nasseri followed by speeches by Qalibaf and Khamoushi, the winners of this edition of the competition were announced and received their awards.

According to the panel of judges, Seyed Hamdi Reza Moqaddasi from Iran bagged the first prize in the Quran recitation category. 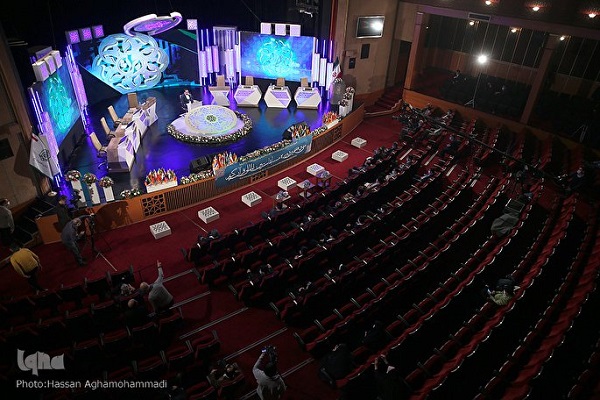 In memorization of the entire Quran, the three top winners were Reza Golshahi from Iran, Mehdi Qorbani from Afghanistan and Shazad Adin al-Rahman from the United States.

In Tarteel recitation, Ehsan Mohammadi from Iran came first. Ali Jawad al-Turaihi from Iraq was the runner-up and the third place title went to Mustafa Sheikh from Syria.

In memorization of the entire Quran for women, Atiyeh Tabyanian from Iran, Ameneh Sadat Mousavi from Afghanistan and Amani Hassan Seyed Ali from Iraq were the winners of the first to third titles respectively.

The motto of this year’s edition, whose final round had begun on Sunday, was “One Book, One Ummah”.