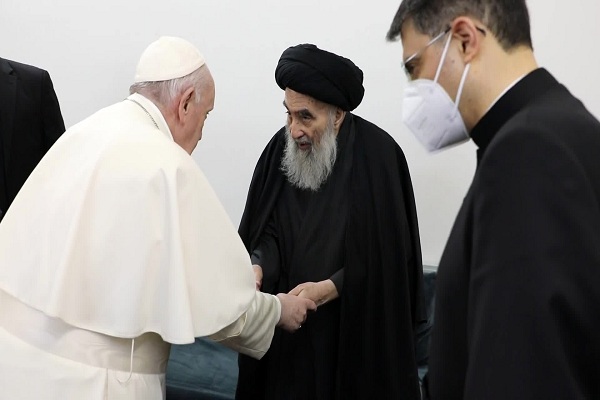 In a letter to Ayatollah Sistani on the occasion of Mabaath, Abbas congratulated the cleric on the auspicious occasion.

He also hailed Ayatollah Sistani’s stances in support of Palestine expressed during his recent meeting with Pope Francis, Sputnik reported.

Abbas further wished success and glory for the Iraqi nation and other Arab nations and liberation of Muslims’ lands, especially the holy city of Jerusalem al-Quds.

In this meeting, the senior Shia cleric referred to the tragedies and problems that regional nations are facing, including wars, economic blockades and displacement of the people, especially what is happening to the people of Palestine.

He underlined the role of religious leaders in countering these problems.

The cleric also reiterated support for the cause of Palestine.