General
News ID: 3474246
TEHRAN (IQNA) – The Palestinian resistance movement Hamas denounced the move by Kosovo to open an embassy in the holy city of Jerusalem al-Quds. 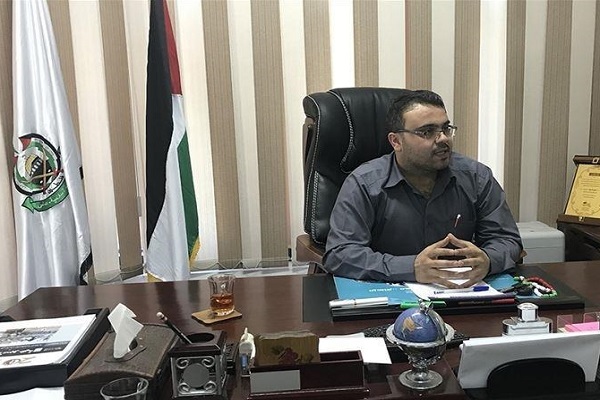 Hamas Spokesman Hazem Qassem said it was a violation of international laws and aimed at encouraging other countries to normalize ties with the Zionist regime of Israel.

He told Anadolu Agency that opening of embassies will not change the Muslim and Arab identity of al-Quds.

Wasel Abu Youssef, a member of the executive committee of the Palestine Liberation Organization umbrella group, said Kosovo’s move contradicts UN resolutions on the status of the occupied territories and aims to “weaken the Palestinian cause.”

Kosovo on Sunday announced it had opened an embassy in Jerusalem al-Quds.

Kosovar authorities could not attend the official opening due to the COVID-19 outbreak, Kosovo's Foreign Ministry said in a statement.

The move came in clear support for the Israeli regime’s claim to the city as its “capital.”

The US was the first country when former president Donald Trump defied all the previous American administrations to endorse the Israeli claim on December 6, 2017.

Washington then took another unprecedented move by relocating its embassy from Tel Aviv to Jerusalem al-Quds. Before Kosovo, only Guatemala had followed the US lead and countries worldwide have declined to move their embassies to the city.

The EU has warned its members against providing diplomatic favors for the Israeli regime, saying they would be going against the bloc’s official position regarding the city.

Jerusalem al-Quds remains at the heart of the decades-long Mideast conflict, with Palestinians insisting that East al-Quds – illegally occupied by Israel since 1967 – should serve as the capital of a Palestinian state.

In 2017, two-thirds of UN member states rejected Trump’s decision to have the US recognize Jerusalem as Israel’s "capital". In all, 128 nations voted to maintain the international consensus that the status of Jerusalem al-Quds can only be decided through peace negotiations between Israelis and Palestinians.

Kosovo, which is a legacy of the Balkan wars resulting from the violent breakup of the former Yugoslavia, established diplomatic relations with Israel in February.

“The pledge given in the Oval Office today is finally fulfilled,” Kosovo’s Foreign Ministry tweeted Sunday.

It was referring to the country’s promise to the US last year to relocate its embassy to the occupied city.