General
News ID: 3474312
TEHRAN (IQNA) – A group of more than 200 scholars released a definition of anti-Semitism that explicitly excludes efforts to boycott the Tel Aviv regime, including those of the international anti-Israel movement of Boycott, Divestment, and Sanctions (BDS) as anti-Semitic. 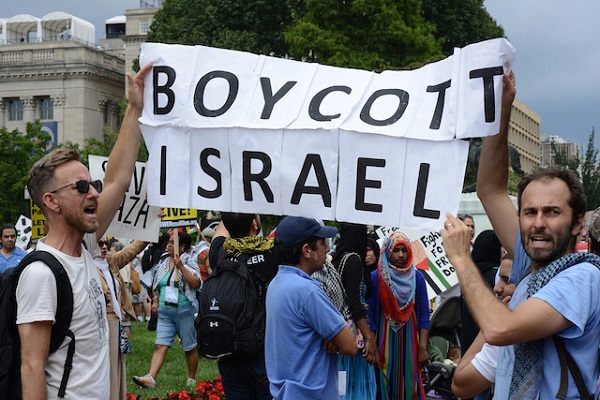 They issued the Jerusalem Declaration on Anti-Semitism just over a week after a statement by a liberal group of Jewish scholars called Nexus Task Force said that the measures applied to Israel were not necessarily anti-Semitic.

“Boycott, divestment, and sanctions are commonplace, non-violent forms of political protest,” according to the Jerusalem Declaration.

“In the Israeli case, they are not, in and of themselves, anti-Semitic,” it added.

The Jerusalem Declaration was spurred in part by objections to the 2016 definition crafted by the so-called International Holocaust Remembrance Alliance (IHRA) which describes the BDS campaigns as anti-Jewish.

“Because the IHRA Definition is unclear in key respects and widely open to different interpretations, it has caused confusion and generated controversy, hence weakening the fight against anti-Semitism,” the declaration said.

Among the signatories are well-known critics of the Israeli regime’s policies, including Ian Lustick of the department of Political Sciences at the University of Pennsylvania, American journalist and political commentator Peter Beinart, as well as Dov Waxman, chairman of Israel studies at the University of California.

The BDS movement was initiated in 2005 by over 170 Palestinian organizations that were pushing for “various forms of boycott against Israel until it meets its obligations under international law.”

Thousands of volunteers worldwide have since joined the BDS movement, which calls for people and groups across the world to cut economic, cultural and academic ties to Tel Aviv and help promote the Palestinian cause.

Last month, Human Rights Watch (HRW) called on new US President Joe Biden to defend free speech, including peaceful calls for a boycott of Israel, and publicly renounce his predecessor Donald Trump’s legacy of branding human rights groups and activists critical of Israel and its settlement expansion in the occupied Palestinian lands as “anti-Semitic.”

Eric Goldstein, acting Middle East and North Africa executive director at the HRW, stated that Biden should oppose laws that penalize companies seeking to cut ties with West Bank settlements — which are illegal under the Fourth Geneva Convention — in order to avoid complicity in inevitable human rights violations of the structures.