General
News ID: 3474446
TEHRAN (IQNA) – The organizing committee of the eight edition of the international academic conference on “The Thought of Imam Hassan Mujtaba (AS)” in Iraq has issued a call for papers. 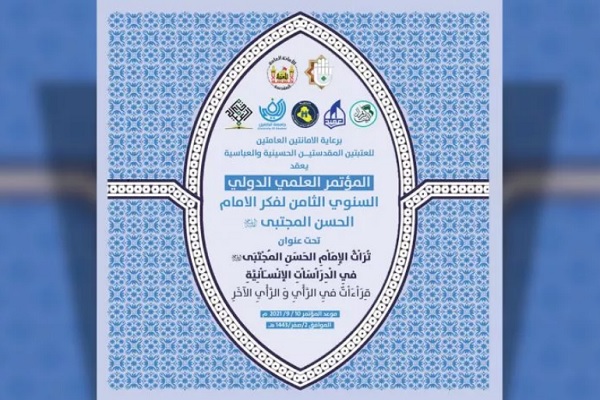 According to Al-Kafeel website, “The Heritage of Imam Hassan (AS) in Human Studies” is the title of this edition of the international event.

It will be held on September 10 by the Astans (custodianships) of the holy shrines of Imam Hussein (AS) and Hazrat Abbas (AS).

The papers sent to the conference should be written in Arabic or English and should not have been published so far.

Electronic researches should be in word format and less than 30 pages. They should be sent to conf@alameedcenter.i.

May 15 is the deadline for sending abstracts in Arabic and English. Full papers should be sent by August 15.