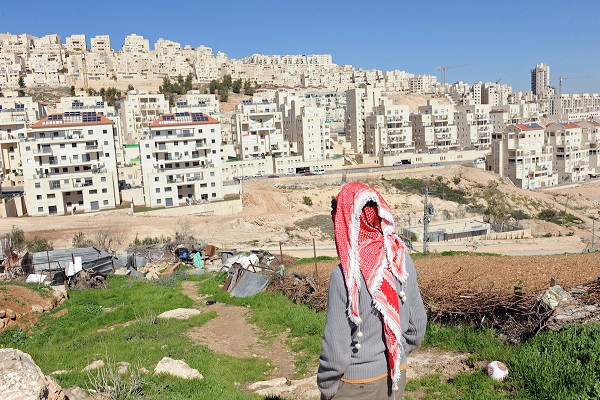 "We firmly reject the pressure not to build in Jerusalem. To my regret, this pressure has been increasing of late," Netanyahu said during a televised address.

His remarks come amid worldwide condemnation of displacement of Palestinian families in Sheikh Jarrah neighborhood in the occupied East Jerusalem al-Quds, with tensions triggering daily confrontations there.

The Israeli aggressors were trying to prompt the Palestinians to abandon their residences there. The regime had earlier issued warnings that they had to evacuate their homes.

Since the beginning of the holy fasting month of Ramadan, the Israeli forces and illegal Israeli settlers have been roaming the city, chanting anti-Palestinian slogans and trying to prevent Palestinians from gathering and performing their religious duties.

In the most recent incidents of violence on Sunday, as many as 100 more Palestinians were wounded on the al-Aqsa Mosque compound and elsewhere in the holy occupied city of Jerusalem al-Quds as the Israeli regime sustained its brutal attacks against the Palestinians there.

The Palestinian Red Crescent emergency service said some 205 Palestinians had been wounded on Friday after Israeli forces attacked hundreds of Palestinians worshipers on the compound with rubber bullets, tear gas, and stun grenades.

The center has said most of those, who have been injured during the two days of clashes, have been targeted in the eye and the face.

Also on Friday, Israeli forces gunned down two Palestinians and wounded a third, accusing them of opening fire on a base belonging to the Israeli forces in the occupied West Bank, where al-Quds is located.

In the meantime, angry reactions kept pouring out across the world towards Tel Aviv’s unashamed violations.

The envoys of the Middle East Quartet that comprises the European Union, Russia, the United States, and the United Nations, released a statement, saying they were closely monitoring the situation in East al-Quds, including in the Old City and Sheikh Jarrah.

The representatives expressed “deep concern” over the escalation, in particular last night’s confrontations.

Scottish First Minister Nicola Sturgeon tweeted, “Attacking a place of worship at any time is reprehensible, but attacking a mosque during Ramadan is utterly indefensible. It is also a violation of international law. Israel should heed calls to halt the violence immediately.”

The Iraqi Foreign Ministry issued a statement, repeating Baghdad’s solidarity with the Palestinian cause and condemning the Israeli regime’s intimidatory measures.

Turkey's President Recep Tayyip Erdogan said the regime attacks Palestinians, “whose only concern is to protect their homes ... and their sacred values -- in a savage manner devoid of ethics."

In a message addressed to Leader of the Islamic Revolution, Ayatollah Seyed Ali Khamenei, on Sunday, head of the political bureau of Hamas, Ismail Haniyeh, drew attention to the Tel Aviv regime’s ongoing aggression against Jerusalem al-Quds and its inhabitants, including an upsurge in Judaization attempts, settlement construction activities, forced displacement of Palestinians, ethnic cleansing, attacks on the Damascus Gate of the Old City of Jerusalem al-Quds and Sheikh Jarrah neighborhood, as well as raids on al-Aqsa Mosque and worshippers there.

Former Israeli premier Ehud Olmert warned about the prospect of a third Palestinian Intifada (Uprising), citing the enormity of the Israeli-triggered situation.

Emboldened by former US President Trump's anti-Palestine policies, Israel has stepped up its settlement expansion in defiance of United Nations Security Council Resolution 2334, which pronounces settlements in the West Bank and East Jerusalem al-Quds “a flagrant violation under international law.”