General
The link was copied
News ID: 3475308
TEHRAN (IQNA) – A spokesman for Yemen’s Houthi Ansarullah movement said the Saudi-led coalition is receiving a heavy blow in al-Bayda amid territorial gains made by the Yemeni army and allied Popular Committees in the central province. 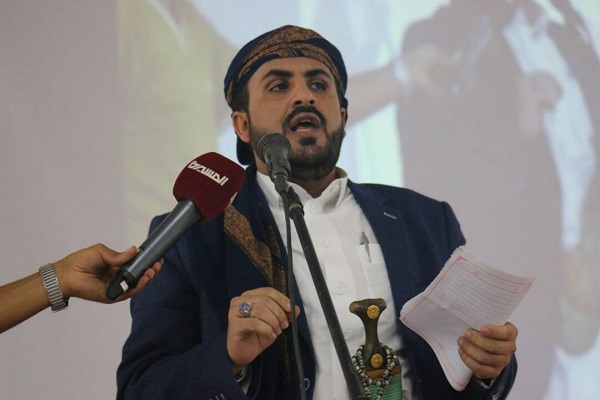 “Once again and thanks to God, the enemy is receiving a painful blow in al-Bayda,” Mohammed Abdulsalam said in a tweet on Wednesday, according to Press TV.

Abdulsalam, who is also the chief negotiator of Ansarullah, noted that the United States had sent Takfiri militants to the province, but it was “shocked by their rapid defeat” and raised its voice in demand for peace.

“In this round, the American [the United States] will wake up to the impact of a greater disappointment and therefore a greater scream as a result of the collapse of his mercenaries in al-Bayda.”

Saudi Arabia, backed by the US and regional allies, launched a devastating war on Yemen in March 2015, with the goal of bringing the government of former President Abd Rabbuh Mansour Hadi back to power and crushing Ansarullah. Yemeni armed forces and Popular Committees have, however, gone from strength to strength against the invaders, and left Riyadh and its allies bogged down in the country.

On Wednesday, Yemeni forces continued to gain ground in al-Bayda, taking control of military positions belonging to pro-Hadi militants in the province.

Lebanon’s al-Mayadeen television network reported that battles are ongoing on the fronts of al-Jarybat and Fadha in al-Bayda as well as the southeastern province of Shabwa.