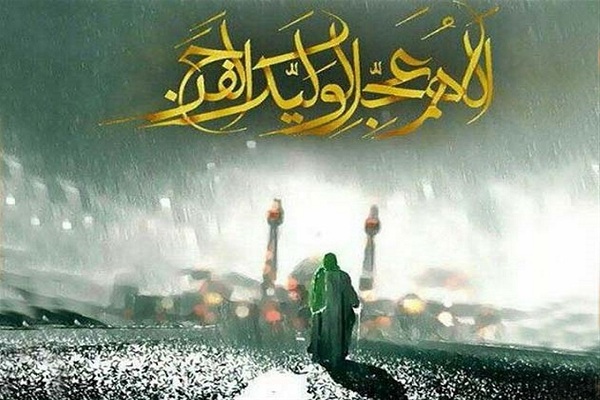 The Quranic plan is annually organized in summer with the aim of promoting memorization of the Holy Book and spreading the Quranic culture and teachings in society.

This is the 1455th year since the revelation of the Holy Quran to the Holy Prophet (PBUH) and hence the name ‘1455’.

In this plan, every week some verses of the Quran with special themes are selected and their interpretations are discussed in various TV and radio programs.

Then a competition is held about the lessons and discussions.

Following is an interpretation of verse 105 of Surah Al-Anbiya of the Holy Quran, given in the “1455 Quranic Plan”:

“We have written in the psalms which We had revealed after the Torah that the earth will be given to Our righteous servants as their inheritance.”

The rule of the righteous is among the Divine promises in the time after the reappearance of Imam Zaman (may God hasten his glad advent). The hope in the coming of the rule of righteous people in a bright future and establishment of justice and universal peace is a Fitri (natural) issue.

All people, based on their Fitra, hope there will come a day when the world will be rid of injustice, decadence, disorder, insecurities, and dark days and finally reach peace and goodness through the guidance of good people and with the help of God.

In most world religions and faiths there is talk of a savior who will come at the end of time to put an end to dishonesty and evil and found a world rule based on justice. All Divine prophets have also given people clear promises in this regard.

This idea, which is known as Mahdism in Islam, has its roots in the Word of God. The Quran, the Sacred Book of Islam, has promised human beings that the truth will achieve ultimate victory over falsehood and has given them the good news of the coming of the rule of the righteous in the earth. Muslims, based on the teachings of the Holy Prophet (PBUH), believe that the great man who will lead the righteous to victory in the world is a descendant of God’s last messenger (PBUH).

Although the Quran speaks generally about the reappearance of the savior and the establishment of a global justice-based rule and the victory of the righteous, Shia interpreters of the Quran and some Sunni interpreters, based on the narrations from Ahl-ul-Bayt (AS) and views of Muslim scholars, consider such verses to be related to Imam Zaman (AS).

In their view, the most important verse of the Quran that reveals the ultimate rule of the righteous is this verse from Surah Al-Anbiya:

“We have written in the psalms which We had revealed after the Torah that the earth will be given to Our righteous servants as their inheritance.”

In this verse, one of the worldly rewards of the righteous (ruling the earth) has been clearly mentioned. There are many Hadiths that also say this great event will take place after the reappearance of Imam Zaman (AS).

1
LIKE
Error Report
Related News
Truly Awaiting True Savior
Int’l Conference on Mahdism to Be Held in Qom
Value of Every Deed Is in Ikhlas
What True Believers Are Like
God Orders Justice, Good Deeds, Giving to One's Kindred
God Will Make Those Who Believe, Do Good Deeds Successors on Earth
Quran’s Verse Underlines Victory of Oppressed
God Will Raise Islam above All Religions
Trust in God’s Promises
Relying on God, Taqwa, Steadfastness Keys to Victory
God Will Not Fail to Keep His Promise to His Messengers
Implementing 1455 Quranic Plan to Begin in Iran This Week
Tags: Quran ، Imam Zaman ، Righteous‌ ، 1455
Your Comment