General
The link was copied
News ID: 3475729
TEHRAN (IQNA) – Mohammad Al-Arida, one of the escapees from the Zionist regime's Gilboa Prison last week who has since been recaptured, has been "tortured", his lawyer Khaled Mahajneh told journalists. 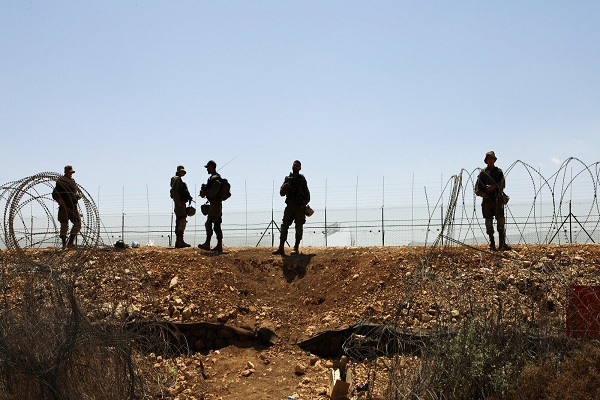 After meeting his client on Tuesday evening, Mahajneh said that Al-Arida was "very happy" with the few days that he was free.

"The fruit that he had for the first time in 22 years compensated for all the time that he was behind bars," explained the lawyer. However, he pointed out that he has been "exposed to harsh torture" following his recapture. According to Mahajneh, Al-Arida has "wounds all over his body, after being interrogated by "twenty" Israeli officials. The prisoner was stripped and naked for much of the interrogation, he added, the Middle East Monitor reported.

"He has slept for just ten hours since last Saturday, and faced continuous interrogation," said Mahajneh. "One of the interrogators told him: 'You do not deserve to live. You only deserve to be shot by my pistol'."

According to his lawyer, Al-Arida is being held in a very small cell measuring just two meters by one meter which is monitored 24 hours a day by cameras and prison guards.

"The first time he had food since his recapture was Monday. He was prevented from rest and prayers and he does not know what time of day or night it is." Moreover, revealed Mahajneh, his client was handcuffed and wore leg irons during the meeting with his lawyer. Six Israeli prison guards stood behind him throughout the meeting.

The prisoner does not know who recaptured the other escapees, but said that Israeli security officers attacked Zakaria Al-Zubiedi. Al-Arida added that he was unaware of the international support for him and the other escapees. He asked his lawyer to thank all the people who supported him and are concerned about his situation.

During the meeting with his lawyer, Al-Arida was able to share some of the details of the escape. "We escapees all did our best not to enter Arab cities in occupied Palestine in order not to harm anyone by attracting security forces to the area," he told his lawyer. "We tried to get into the West Bank, but couldn't do it."

He admitted that he was primarily responsible for planning and carrying out the "Freedom Tunnel Operation" which started in December last year. "There were no other prisoners helping those who escaped," he insisted.

His recapture, he said, was "accidental"; nobody reported them. "We were detected accidently. A police patrol passed the area where we were hiding and a policeman saw us accidently."

The escapees carried a small radio, through which they were able to follow up what was happening around them. The Tel Aviv regime launched its largest-ever manhunt in the bid to recapture the six men, whose escape was a huge embarrassment for the occupation state.