General
News ID: 3476023
TEHRAN (IQNA) – Palestinian officials have strongly slammed the visit of FIFA President to a controversial museum in occupied territories and his remarks on supporting the so-called Abraham Accords. 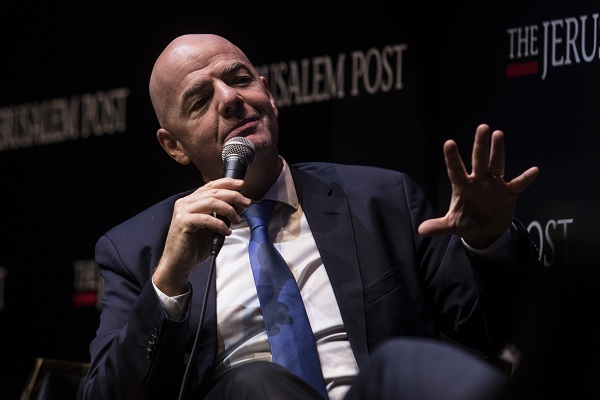 Gianni Infantino attended the opening ceremony of the Friedman Center for Peace through Strength at the Museum of Tolerance in Jerusalem al-Quds which has been built over a historic Islamic graveyard.

The opening of the center has long been condemned by different Palestinian groups and authorities as an insult to Muslims.

Soon after Infantino’s visit to the center, his scheduled visit to Ramallah to meet and hold talks with officials of the Palestinian Football Federation was cancelled.

"The Palestine Football Association regrets the decision of FIFA President, Mr. Gianni Infantino, to take part in two events that take place at the so-called ‘Museum of Tolerance’, an edifice built over the Ma’manullah Islamic cemetery - the oldest Muslim cemetery in Jerusalem dating back to the 11th century - which we view as a total affrontment to the values of religious tolerance and peaceful coexistence, both endorsed by the FIFA statutes," they said in a statement.

According to “Inside The Games”, President of the Palestinian Football Association (PFA) Jibril Rajoub had earlier written a letter to Infantino, urging him not to take part in the event as it would be contrary to FIFA’a messages of commitment to human rights and peaceful co-existence.

Another controversy during Infantino’s visit raised after he implicitly voiced support for the so-called Abram Accords. He said the agreement could lead to Israel co-hosting the FIFA World Cup with its Arab neighbors.

"Why can’t we dream of the World Cup in Israel and its neighbours? With the Abraham Accords, why should we not do it here in Israel with her neighbours in the Middle East and the Palestinians? Nothing is impossible,” he said.

According to the agreement brokered under the Trump Administration, the UAE, Bahrain, Morocco, and Sudan vowed normalize ties with the Israeli regime. Palestinians have condemned the accord as a stab in their back.