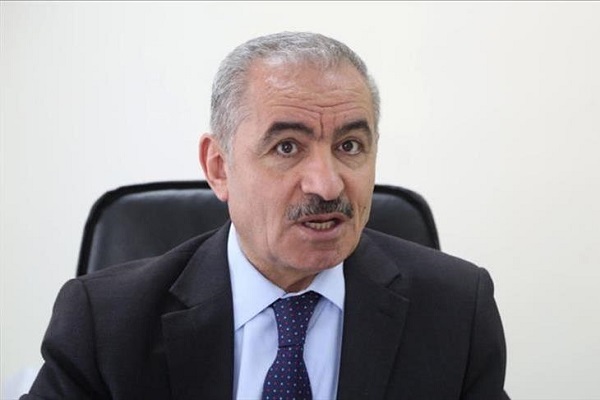 Mohammad Shtayyeh in statement warned of the ‘dangerous’ consequences of such provocative, Anadolu Agency reported.

He rejected the Israeli regime president’s claim about Jews’ “historical rights” in Al-Khalil, describing such claims as part of attempts to Judaize the city.

Shtayyeh called on the United Nations and UNESCO to take immediate measures to stop Israeli violations of Muslim and Christian sanctities in occupied Palestine, including Al-Aqsa Mosque, Ibrahimi Mosque and the Church of the Holy Sepulchre in the Old City of Jerusalem al-Quds.

On Sunday evening, the Israeli regime’s president, Isaac Herzog, amidst strict military measures, took part in a candle lighting ceremony at the mosque during his planned visit to the Ibrahimi Mosque.

Israeli forces closed the mosque’s gates and prevented Palestinian residents, who had gathered to denounce the visit, from praying or being in the vicinity of the site.

Israeli forces also attacked protesters in an attempt to disperse the angry crowds of Palestinians.

The Israeli troops even forced the shop owners to close their shops and hindered the work of the Palestinian press crews in a bid to prevent them from covering the intrusion.

The holy site was split into a synagogue, known to Jews as the Cave of Patriarchs, and a mosque after American-born Israeli settler Baruch Goldstein massacred 29 Palestinians inside the mosque in 1994. Since then, Muslim worshipers have been prevented from having access to the site during Jewish holidays.