General
News ID: 3476724
TEHRAN (IQNA) – Police in Charsadda district in the Khyber Pakhtunkhwa province of Pakistan arrested at least 40 people and resorted to teargas shelling and baton charge to disperse protesters, who were protesting against the desecration of Holy Quran on Monday. 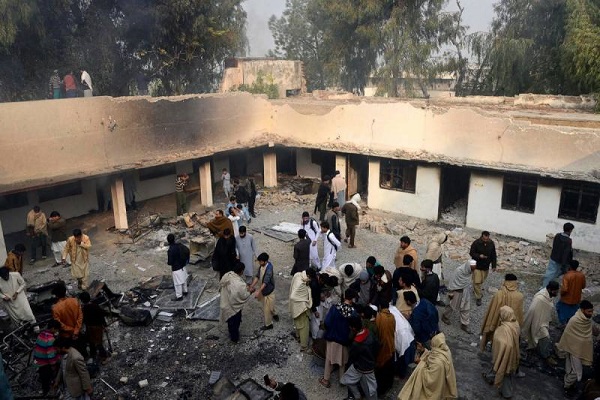 Police also registered cases against 30 people, who allegedly torched a police post in Tangi area. Similarly, cases were registered under Anti-Terrorism Act and Pakistan Penal Code in connection with damaging the state property and desecration of the Holy Quran.

Eyewitnesses said that a group of people assembled at Mandani Chowk to protest the alleged burning of the Holy Quran in a mosque. Police resorted to baton charge and fired teargas shells to disperse the mob.

Officials said that at least 40 people were arrested and were shifted to different police stations in the district. They said that cases were registered against the people for torching the Mandani police station, police posts in Jamalabad, Dhaki, Shakoor, Chhael and Ziam areas.

Riots had erupted in the area on Sunday following reports about the desecration of the Holy Quran at a mosque in Mandani area. According to police, an unidentified person, who was mentally retarded, was arrested immediately. The incident sparked riots when people demanded of police to hand over the accused to them for summary killing.

Police vacated the main police station and other posts in the area when the frenzied mob went on rampage. More than 17 vehicles at the police station were set on fire and all the record was damaged. Police disappeared during the rioters that continued till late in the night.

Later, the administration sought help of the known religious scholar and leader of Jamiat Ulema-i-Islam-Fazl Maulana Mohammad Idrees and other local elders to control the situation.

The religious scholars made announcements through loudspeakers and appealed the people not to damage the properties and hold peaceful protest.

Police have been deployed at all sensitive locations of the district.