General
News ID: 3476794
TEHRAN (IQNA) – Though Lila Mansour, 22, is currently studying law in Toronto, thousands of kilometers away from her hometown of Prince George, B.C., she says she still remembers the groundbreaking ceremony for the construction of the city's mosque a decade ago. 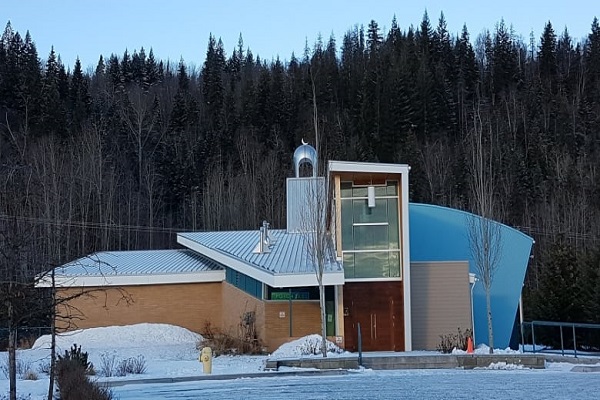 It was the first ever mosque built in the province's northern region, and for Mansour, it was also key to forming her identity as a Muslim woman, she says.

Now the Prince George Islamic Centre, located in the far northwestern corner of the city, is celebrating its 10th anniversary since opening in 2011, more than two years after the groundbreaking ceremony.

Before the Islamic Centre was built, the city's Muslim community rented venues at local motels and churches to gather for prayers and sermons. The nearest mosque for northern B.C. residents at that time was located in Kelowna, more than 600 kilometers south of Prince George.

Mansour started attending Sunday school at the mosque in 2012 and eventually became a Sunday school teacher herself before moving to Ontario this summer. She says a local mosque is critical for young Muslims to feel a sense of connection and belonging to their faith community.

"Oftentimes, when you don't have a place that's for yourself where you can go to the place of worship, you don't necessarily feel a close attachment always, or you don't feel recognized," she said.

The Muslim community in Prince George bought the 1.2-hectare parcel of land at 5th Avenue and Foothills Boulevard downtown and applied for rezoning in 2004 to build the mosque.

Sharif Senbel, a Vancouver-based architect, was commissioned to work on the project after designing several mosques in the Lower Mainland. He says the Prince George mosque, inspired by the city's topography, is one of his most successful projects.

"I was inspired by the site itself — it's a beautiful site," Senbel said. "There's a steep forested escarpment with Douglas fir and cedar trees, and so that was really the inspiration for the mosque design."

The lower roof of the 7,000-sqaure-feet mosque rises gently with the terrain on which the building stands. The intersecting geometry of the mosque's roof forms are inspired by Prince George's orthogonal city grid, the architect describes on his website.

The $1.8-million project was part of the city's plan to re-invent the municipality as an education and medical services hub.

"When they look at Prince George as a potential option of relocating and coming here, they usually search [whether] there is a mosque," he told host Carolina de Ryk on CBC's Daybreak North.

"Anytime any city has a service or a facility to support newcomers and their families, that makes the community more attractive, especially when we are competing with other communities … in Canada," he said.

"That makes Prince George more attractive and a reasonable area to come — not just to come and work for a few years, but to settle as well."

Family doctor Ashfaq Ahmed immigrated to Prince George from Pakistan in 2012, and has since been doing his prayers and attending community events at the Islamic Centre.

He says it's important for him to have a local mosque where he can receive Islamic teachings, but he also thinks the mosque is more than a place of worship for the Muslim community — it offers an opportunity for people outside the community to learn more about Islam.