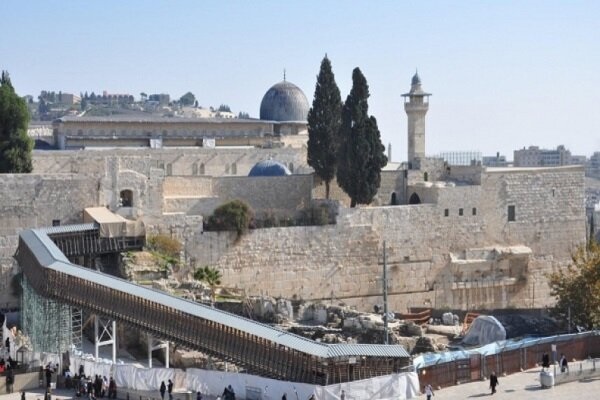 Ahmed Al-Ruwaidi, an adviser to Palestinian Authority in Quds issues, told a local radio that calls have already been made for UNSECO to perform the investigations, Xinhua Arabic reported.

Referring to partial landslides in the Old City, the adviser urged the international organization to assume responsibility of Zionists’ practices in the city.

The al-Aqsa Mosque is facing threats from two factors, he said. The first is the daily incursions by Zionist settlers, and the second is the excavations that take place underground without the knowledge of the Palestinians, and most of them come from south of the mosque.

Excavations are still underway in the Old City and have reached al-Aqsa Mosque, he warned, naming cracks appeared in some houses and partial collapses of some streets as the result of such illegal measures. The Israeli regime is fully responsible for the consequences, he stressed.

Al-Ruwaidi urged occupiers to reveal their plans for excavations while also asking the international community to take action to stop what is happening.

Meanwhile, Ahmed Majdalani, a member of the Executive Committee of the Palestine Liberation Organization, said that excavations under Al-Aqsa Mosque is in line with the regime’s efforts to assert its sovereignty all over the land.

Majdalani stated that the ongoing excavations aim to search for the historical origins and rights of the Jews, pointing out that the issue is a political and national issue that affects all Muslims in the world.