WFPIST Chief in Pakistan for Talks with Religious Leaders

General
News ID: 3477091
TEHRAN (IQNA) – The secretary general of the World Forum for Proximity of Islamic Schools of Thought (WFPIST) arrived in Islamabad on Sunday morning. 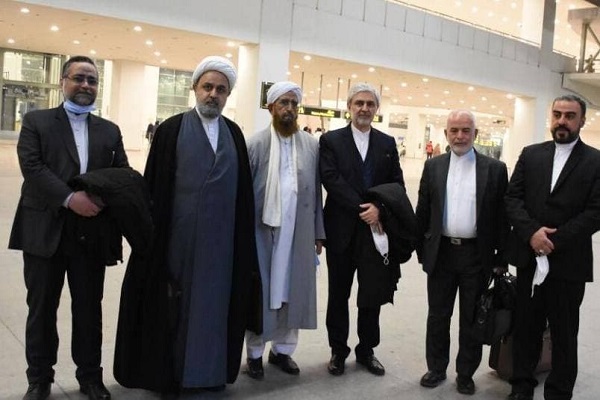 Hojat-ol-Islam Hamid Shahriari has traveled to Pakistan for talks with the Muslim country’s Muslim leaders and religious figures.

The cleric will also take part in a number of conferences and forums in Pakistan.

He is accompanied by Malawi Nazir Ahmad Salami, member of Iran’s Assembly of Experts, in the trip.

They were welcomed upon arrival at the Islamabad airport by officials of the Iranian embassy.

During their stay in Pakistan, they will also visit Lahore and Karachi, according to IRIB News.

Established in 1990, the World Forum for Proximity of Islamic Schools of Thought works for reconciliation among different Islamic schools of thought and branches.

It annually holds international conferences in the Islamic Unity Week.