General
News ID: 3477490
TEHRAN (IQNA) – The custodian of the holy shrine of Imam Hussein (AS) in Karbala called for holding an international forum on regulating judgments in Quran competitions. 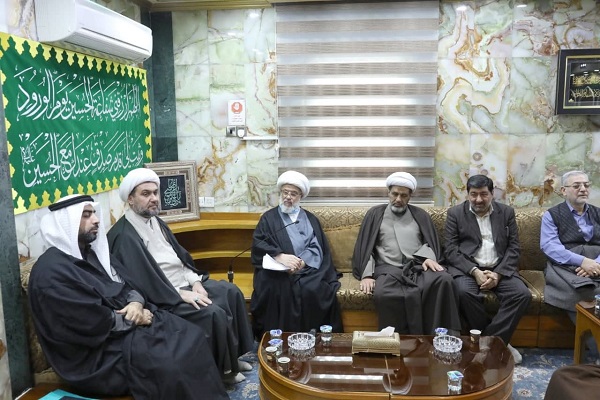 He proposed the idea during a meeting with participants in an international conference held in Iraq earlier this week to discuss introducing unity and discipline to arbitration criteria in Quran competitions concluded on Thursday.

Representatives of 16 countries, including the Islamic Republic of Iran, took part in the international event, which was organized by the Dar-ol-Quran Center of Astan (custodianship) of the holy shrine of Imam Hussein (AS).

In the meeting, the participants in the conference hailed the Astan for the attention it pays to promotion of Quranic activities.

Each year, a huge crowd of Shias flocks to the Iraqi city of Karbala, where the holy shrine of Imam Hussain (AS) is located, to perform mourning rites.

Iraqi officials estimate that more than 16 million pilgrims took part in the Arbaeen procession in 2021.