General
News ID: 3477501
TEHRAN (IQNA) – Britain’s deputy prime minister said a Conservative MP who says she was told by a government whip that she had lost her ministerial role because her being Muslim was ‘making colleagues uncomfortable’ should make a formal complaint about the incident. 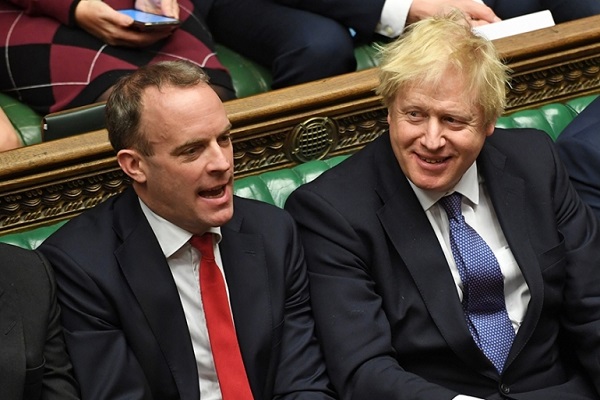 Speaking to Trevor Philips on Sky News, Dominic Raab said that while Nusrat Ghani’s allegation was ‘incredibly serious’ there would be no investigation by the Conservative party unless she submitted a formal complaint, which she had not done.

A former transport minister in Britain’s Conservative government, Ghani was told her Muslim faith was a reason she was fired, a claim that has deepened the rifts roiling Prime Minister Boris Johnson’s governing party.

Ghani told the Sunday Times that when she was demoted in 2020, a government whip said her “Muslimness” was “making colleagues uncomfortable.”

She said she was told “there were concerns ‘that I wasn’t loyal to the party as I didn’t do enough to defend the party against Islamophobia allegations.

“It was very clear to me that the whips and No. 10 (Downing St.) were holding me to a higher threshold of loyalty than others because of my background and faith,” Ghani said.

Chief Whip Mark Spencer said he was the person Ghani was talking about, but strongly denied her allegation.

“These accusations are completely false and I consider them to be defamatory,” he wrote on Twitter. “I have never used those words attributed to me.”

Several Conservative lawmakers spoke up to support Ghani. Caroline Nokes, who heads Parliament’s Women and Equalities Committee, said Ghani’s treatment had been “appalling” and she was brave to speak out.

Education Secretary Nadhim Zahawi tweeted that Ghani’s allegations must be “investigated properly & racism routed out.” His tweet ended with the hashtag “standwithNus.”