General
News ID: 3478070
TEHRAN (IQNA) – An Iraqi Quranic expert stresses that Quranic programs are essential for society and nothing should hamper staging them. 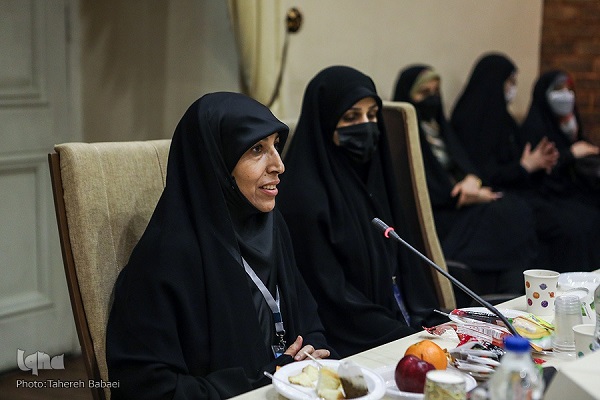 She is an expert on Waqf and Ibtida (pause and start) and was a member of the panel of arbiters in this year’s international Quran competition in Tehran.

“These competitions enjoy a high value and position and nothing can hamper them. They should not be stopped even at times of war and pandemics,” she added.

Asked about the process of assessing the contestants' performances in this year’s edition, al-Salem noted that defined regulations for arbiters were flawless and there were just some ambiguities with regard to scoring which was soon resolved with a collective consultation.

Al-Salem, who is also a memorizer and a teacher of tafsir at Al-Mustafa International University, noted that she has trained more than 500 students, some of whom have achieved high ranks in Quranic activities.

The final stage of the 38th international Quran competition of Iran kicked off on Monday and came to end with an awarding ceremony on Saturday evening.

A total of 62 qaris and memorizers from 29 countries competed in this stage of the event, which was held virtually.

Tahereh Naebi Movahed from Iran claimed the first rank of women’s memorization of the entire Quran. Zahra Abdul Jabbar from Iraq and Ashura Amani from Tanzania finished next.

Iran’s Awqaf and Charity Affairs Organization holds the competition annually with the participation of Quran reciters and memorizers from various countries.