General
News ID: 3478535
TEHRAN (IQNA) – Security has been tightened at Muslim places of worship and community centers in Toronto, the capital of the Canadian province of Ontario, after five people were injured in a mosque shooting the previous day. 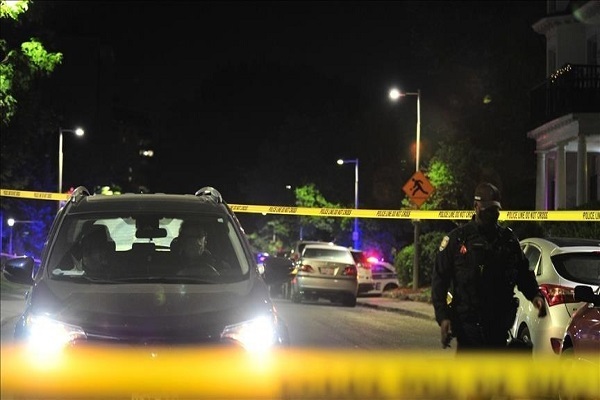 Nishan Duraiappah, the police chief of Peel District, where the incident occurred, said in a statement on his social media account that they increased the security protocol at mosques and community centers belonging to Muslims in the region.

Toronto Police Chief James Ramer also said in a statement that the search continues for the attackers, who opened fire from a vehicle on five people who were coming out of Tarawih prayers, special prayers performed after the night (Isha) prayer during the Muslim holy month of Ramadan.

Ramer urged anyone with information about the attackers to contact the police.

Meanwhile, treatment continues of two of the five people injured in the attack who were taken to the hospital.