General
News ID: 3478949
TEHRAN (IQNA) – A ceremony was held at the Hagia Sophia Mosque in Istanbul, Turkey, marking the graduation of a group of Quran memorizers. 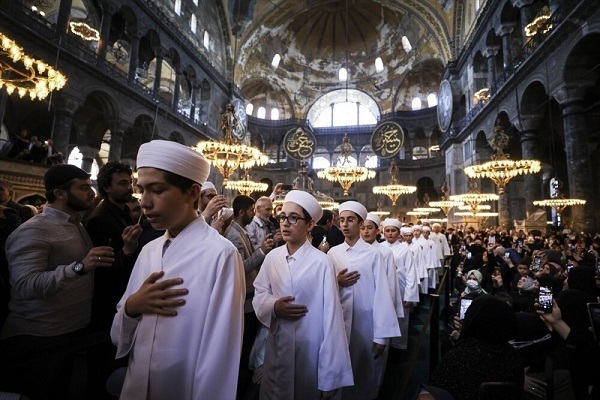 The 35 memorizers have learned the entire Quran by heart by attending the classes held by the special school for mosque imams and preachers.

Attending the event were also religious officials, imams of mosques, parents of the graduates and some foreign tourists, tr.agency reported.

Bayram Kafli, principal of the school, said in an address that its students learn the Quran along with learning other school subjects.

He congratulated the graduates for their achievement in memorizing the Holy Book.

The 35 graduates received Quran memorization certificates later in the ceremony.

According to Turkey’s Directorate of Religious Affairs (Diyanet), Quran reading and memorization courses in the country have been received very well by students and their families in recent years.

Wonders of Sea in Surah Al-Furqan