General
The link was copied
News ID: 3481558
TEHRAN (IQNA) – Israeli occupation forces demolished a mosque on Monday in the Khallet Taha neighborhood of the town of Dura, southwest of Al-Khalil. 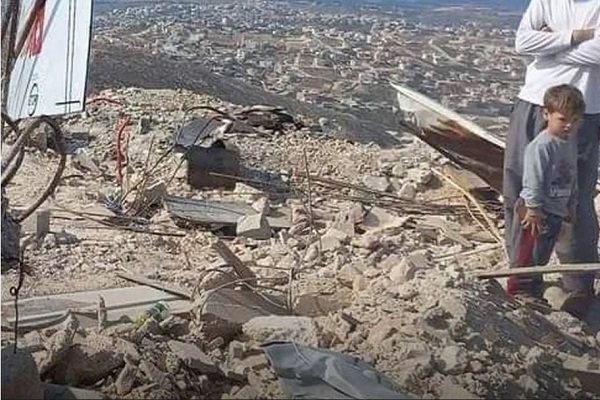 "This mosque was built in Khallet Taha in order to serve its residents who have no other mosques in the area," the ministry said in a statement.

Israel has been occupying the West Bank, including East al-Quds, since 1967. Ever since, it has been building settlements throughout the land, in a move condemned by the UN and considered illegal under international law.

International bodies and rights groups say Israeli demolitions of Palestinian structures in the occupied West Bank and East Jerusalem al-Quds are an attempt to uproot Palestinians from their native territory and confiscate more land for the expansion of illegal settlements.