General
News ID: 2894878
TEHRAN (IQNA) - A group of Jewish settlers have torched a mosque near the southern West Bank city of Bethlehem and sprayed racist phrases against Arabs and Muslims on its walls, a Palestinian official said Wednesday. 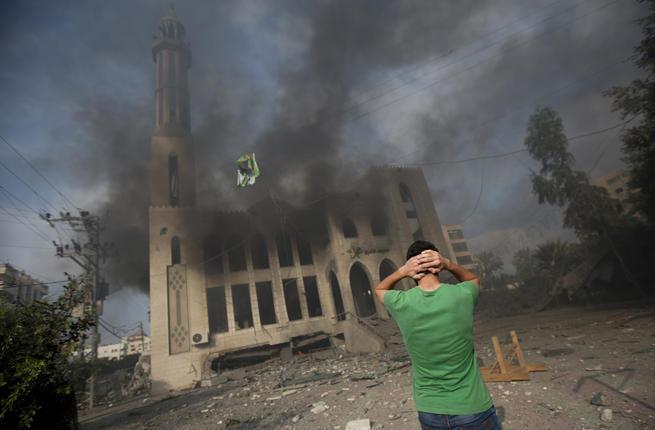 "The settlers stormed Al-Jabaa village at 4am and torched Al-Huda mosque," head of the village's council Noman Hemdan told The Anadolu Agency.

"The fire caused considerable damage to the mosque before it was put out by the local residents," he said. "The settlers also sprayed racist phrases against Arabs and Muslims, including 'death to Arabs!' on the mosque's walls," Hemdan added.
Several attacks, called the "price tag," by Jewish settlers targeting Muslim houses of worship have recently been reported in areas across the self-proclaimed Jewish state and the occupied West Bank.
"Price tag" refers to a strategy adopted by extremist Jewish settlers of attacking Palestinians and their property in retaliation for perceived threats to Israeli settlement expansion. Such attacks have recently increased in frequency in Israel and the West Bank.
Palestinian officials say such incidents often transpire as Israeli troops and police look on.