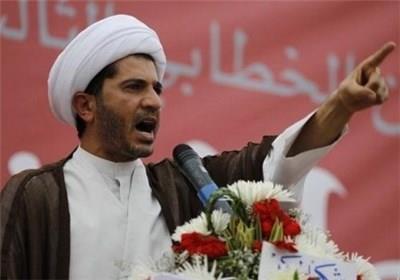 Sheikh Salman is the secretary general of Al-Wefaq National Islamic Society, Bahrain’s main opposition bloc.
The first session of the trial was held on Wednesday, January 28.
Sheikh Salman was arrested on December 27 after long hours of investigation over alleged anti-regime incitements.
The 49-year-old cleric is charged with “promoting regime change by force, threats, and illegal means, and of insulting the Interior Ministry publicly”.
The arrest has drawn condemnation from Bahraini people and political groups as well as international organizations.
The Al Khalifa regime is, however, pressing ahead with its crackdown on opposition, after it arrested Sheikh Salman.
The uprising in Bahrain began in mid-February 2011. Protesters initially called for political reforms and a constitutional monarchy. However, the demand later changed to an outright call for the ouster of the Al Khalifa family following its brutal crackdown on popular protests.
Scores of people have been killed in the crackdown and security forces have arrested hundreds including doctors and nurses. Dozens of demonstrators have also been sentenced to jail terms for attending street protests.